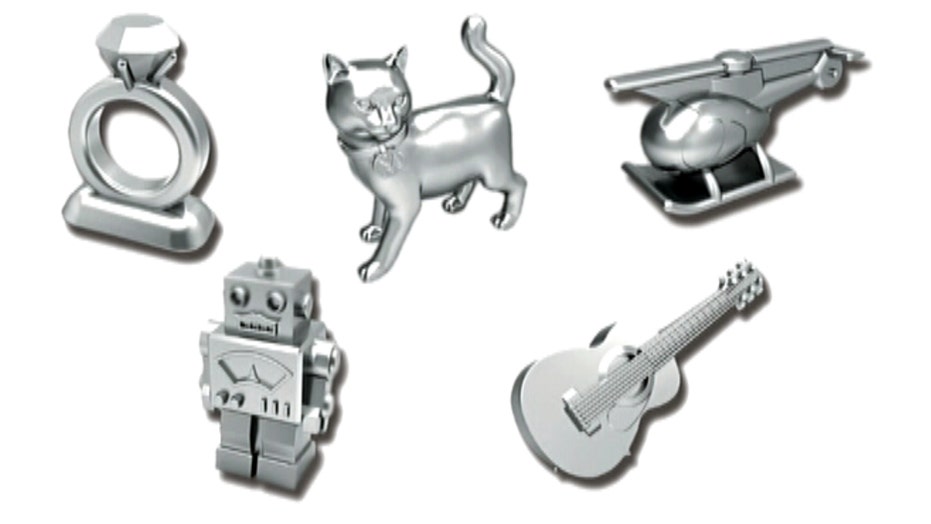 Hasbro to replace one game piece with something more modern

Will the thimble get the boot? Is the boot a shoo-in?

The maker of Monopoly announced it would make changes to its classic free-enterprise game and will be replacing one of its famous 'tokens' in an attempt to freshen the brand.

Hasbro, the game's maker, will allow its fans to vote on its Facebook page on which token goes directly to jail and what it is replaced with, USA Today reported.

The tokens on the chopping block include the top hat, thimble, battleship, shoe, wheelbarrow, iron, Scottie dog or the race car, the report said. One of those will potentially be replaced with a diamond ring, guitar, helicopter, cat or toy robot.

USA Today reported that the game grew in popularity during the Depression. Since then, more than 275 million copies have been produced.

Gerrick Johnson, a toy analyst for BMO Capital Markets, told the paper that board-game sales have generally been slow and have been affected by the popularity of smartphones and tablets.

"The best time for board games is when you go into a recession, not when you pull out of it,” he said.

Oddsmakers say the wheelbarrow has the greatest chance of being replaced, followed by the iron.