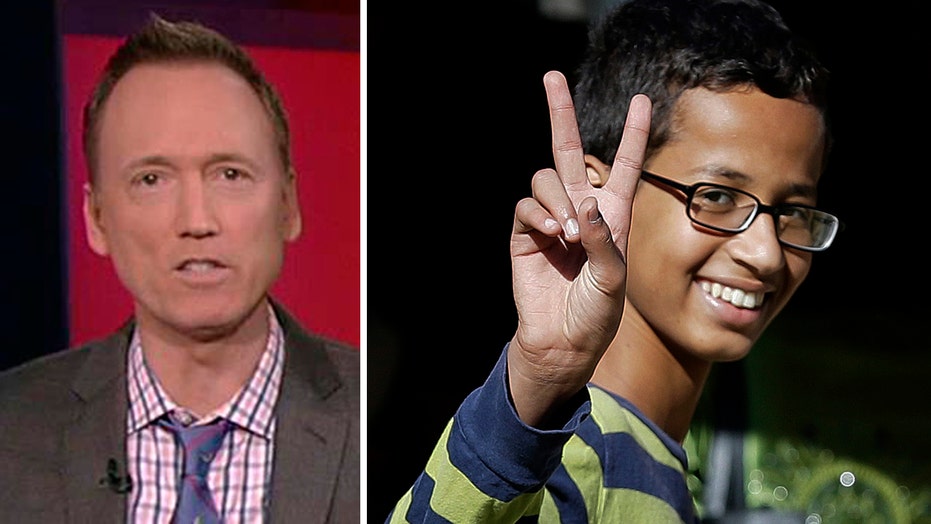 Shillue: Liberals are to blame for zero-tolerance in schools

Hypersensitive attitude is what got boy inventor suspended

So-called “zero tolerance” is out and grownup discretion is back in at schools around the country, after years of policies that punished children for everything from playing cops and robbers at recess to chewing a Pop-Tart into the shape of a gun.

Educators from New York to Los Angeles and at numerous districts in between are rethinking policies intended to render classroom justice blind, but which produced dozens of cases in which kids as young as kindergarten paid dearly for behavior that would have been addressed by a simple scolding in a different era.

“Zero-tolerance policies forbid persons in authority, like teachers and school administrators, from exercising discretion or changing punishments to fit the circumstances, she added. “Basically, you are taking the authority away from trained education professionals and the people who know their students best.”

“We need discretion in imposing punishment.”

Among the cases of educators imposing punishments that did not seem to fit the crime that made national headlines in recent years:

“Zero tolerance policies expose the totalitarian ambitions of school administrators,” said Cevin Soling, director of the documentary “The War on Kids” and author of “The Student Resistance Handbook.”

In New Mexico, Los Alamos Public Schools officials are overhauling zero tolerance regulations after determining the policies made no distinction between an honest mistake and illicit intent. And the Hillsborough County School Board in Tampa, Fla., is also considering an end to zero tolerance mandates for small infringements.

The Los Angeles Unified School District has gradually made moves away from the zero tolerance system, too. Instead of sending students involved in minor misdemeanors to juvenile court, pupils now face administrative discipline or a counselor.  The San Francisco Unified School Board voted to end automatic suspensions for “willful defiance,” which is the rationale for more than 45 percent of suspensions across California.

And last year the Maryland State Board of Education was prompted to make broad changes to end a zero tolerance policy culture, giving counties leeway to choose their own method of punition.

Still, the concept which many trace to the federal Gun-Free Schools Act of 1994, but which was extended in many cases to all forms of transgressions by students of all ages, retains a strong foothold in the nation’s public school systems.

One mother who asked not to be identified told FoxNews.com she was left baffled after her eight-year-old son was disciplined for being “aggressive” and “scaring other students” at a zero tolerance public school in the Rochester, N.Y. His “crime” was playing “Ninja” on the playground.

“The teacher kept making reference to Columbine,” she said, referring to the 1999 attack at a Colorado high school in which two students gunned down 12 students and a teacher.

The mom said she had to fill out daily paperwork called a “behavior sheet” for her son, who “couldn’t understand that what he had done was against the rules.”

Some parents are not waiting for schools to change their policies. The parents of Abbigail Cunkelman, a 10-year-old Rector, Pa., violinist sued to overturn their daughter’s expulsion from an exclusive private school for having a knife on campus, according to the Pittsburgh Tribune-Review. Although the Swiss Army knife was for trimming her violin bow, according to her parents, school administrators said they could make no exceptions. And when the girl tried to enroll in the local public school this year, administrators from the private school informed their counterparts of her disciplinary history, according to court papers. The parties reached an undisclosed settlement earlier this month.

A U.S. Department of Education report cast skepticism on the effectiveness of the long-running policies – suggesting in a report last year that “swift and certain punishments of zero tolerance” don’t encourage students to improve their behavior.