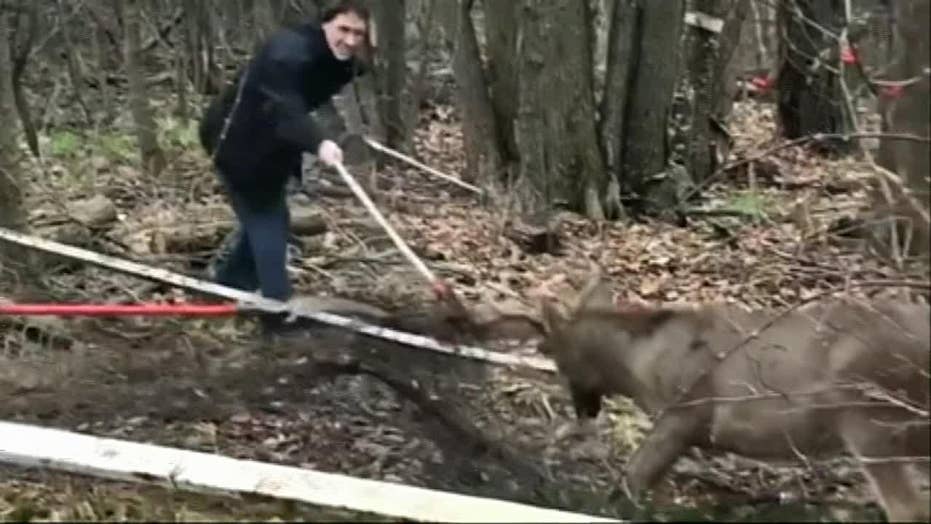 When animal control officers weren't available to save a tangled buck in Ohio, police came to the rescue.

Officers John Fink and Jeremy Puhac, of the Brunswick Police Department, responded Saturday morning to a call about "a deer entangled in a soccer net," according to a post on Facebook.

After they arrived, the officers said they realized the buck had dragged the net to an area behind some houses, and quickly worked with people who lived nearby to detangle the net.

With the use of tree limb trimmers and a saw, the buck was soon free — until it got caught in the other side of the soccer net after it tried to run away.

Again, the police officers and some onlookers worked to cut the deer from the netting until he successfully ran off.

"He was freed in time For Christmas!" the department wrote.

Brunswick is about 20 miles southwest of Cleveland.