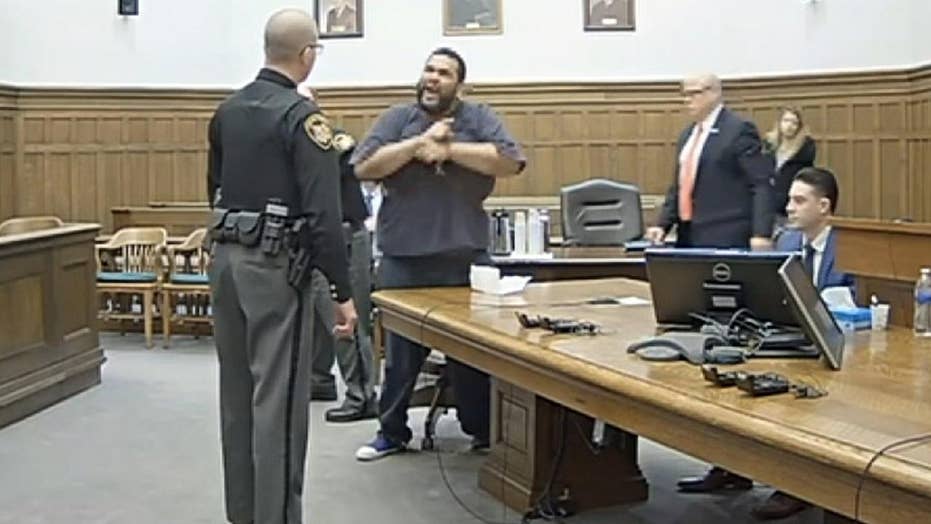 32-year-old Manson Bryant lashed out over prison sentence for his role in a violent home invasion and robbery.

After an Ohio man was sentenced to decades in prison earlier this month, he lashed out in court — and the judge was not pleased.

Manson Bryant, 32, appeared in Lake County Common Pleas Court in Painesville on March 1. He was charged with aggravated robbery and kidnapping in July 2018 following an alleged home invasion, according to a Facebook post from the Lake County Sheriff's Office.

Bryant, after expressing remorse for what he did, was sentenced to 22 years in prison by Judge Eugene Lucci. In a video that was released on Tuesday and published by Fox affiliate WJW, Bryant tried to fight back -- seemingly by shouting expletives at the judge.

The 32-year-old appeared to be restrained by law enforcement in the court. As a result of his outbursts, Lucci added six years to Bryant's sentence.

"It was clear that the remorse he was trying to portray was phony and that he wasn't remorseful at all," the judge told WJW. "And that if given the chance, if I let him loose on society, he's going to prey on other people."

Bryant's attorney in a statement to the news outlet said Bryant "had an emotional and regrettable reaction to" his sentencing.

"He was otherwise very composed throughout the course of his trial, even when the verdict was rendered. He intends to appeal the verdict and sentence, and continues to remain hopeful," the statement continued.

Lucci told WOIO Bryant's tirade wasn't his first in front of the judge. In 2014, when Lucci sentenced him to 12 months in prison, he said Bryant walked out of the court saying, "Suck my d---, judge."

"It seems to be a repeat pattern with him," he said.