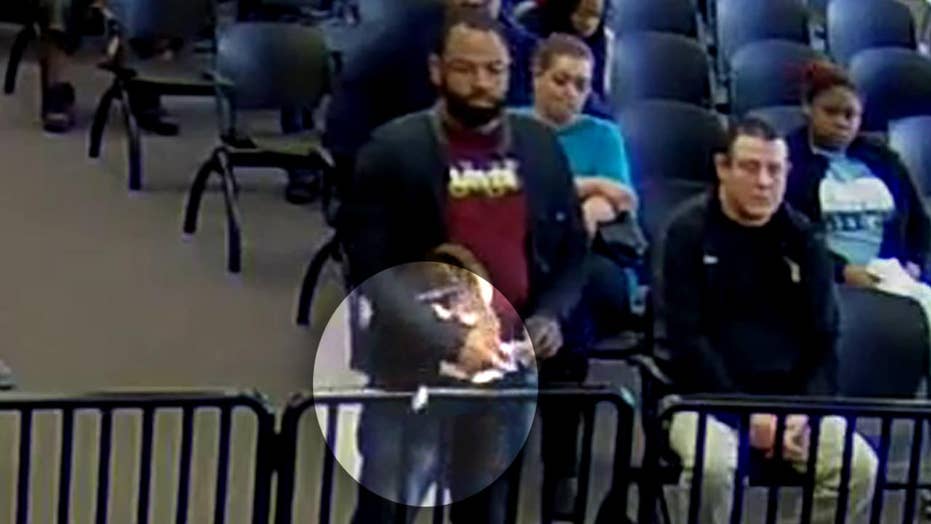 Cocaine bag falls out of man's hat in courtroom

Judge Mark Mihok says it is a first. Courtroom security cameras were rolling as 39-year-old Lemar Reed, of Lorain, Ohio, walked up to enter a plea on a minor traffic violation.

That's when Reed unknowingly dropped a bag of cocaine out of his baseball cap onto the floor.

It wasn't until about an hour later when the courtroom security officer noticed the bag of drugs on the floor.

"He picked it up, looked at it, and saw a white powdery substance. We had it field tested by the Lorain Police Department and it tested positive for cocaine," said Mihok.

AFTER 26 YEARS, LAST 'COCAINE COWBOY' BACK IN MIAMI COURT

A warrant was then immediately issued for his arrest.

"He was only here for a traffic ticket. He made a simple traffic ticket with only the penalty of a fine into a felony. So, not a good day for him," said Judge Mihok.