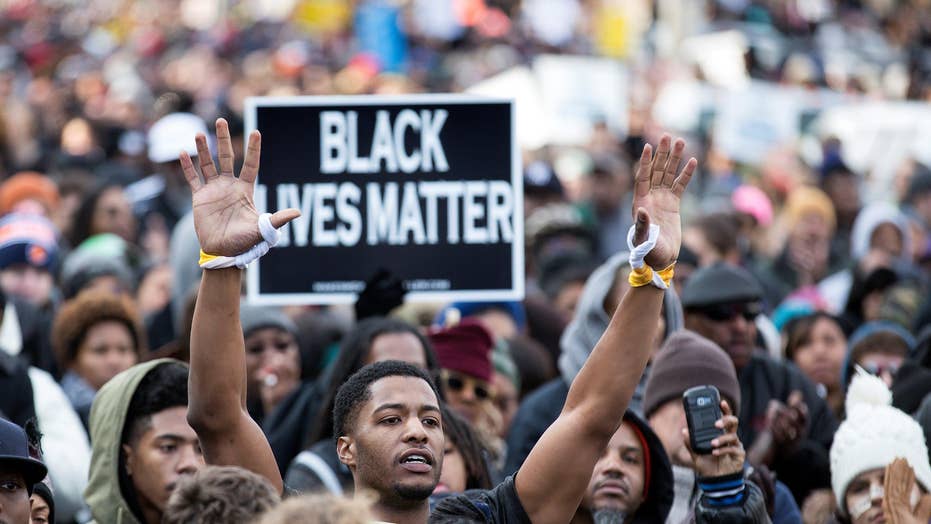 A suburban Minnesota police officer who shot and killed a black motorist was reacting to the man's gun, not his race, the officer's attorney said Saturday

In addition, police scanner audio appears to indicate Yanez telling Dispatch he was pulling the car over because Castile fit the description of a wanted suspect in a armed robbery that took place a few days prior. The officer briefly describes Castille before exiting his cruiser.

Kelly told Fox News that if Yanez pulled Castille over that day because he believed him to fit the description of a wanted armed robbery suspect, the officer was doing "good police work and approved police work." He called this a "standard investigatory stop."

Castile's girlfriend Diamond Reynolds was in the car and streamed the immediate aftermath of the shooting live on Facebook. She has said Yanez shot Castile several times after he told the officer he had a gun and a permit for it and then reached for his wallet.

Kelly said Yanez, who is Latino, is "overcome with sadness" over the shooting in the St. Paul suburb of Falcon Heights, a mostly white community of 5,000 that is served primarily by the nearby St. Anthony Police Department.

Yanez and an officer who was with him, Joseph Kauser, were put on administrative leave, as is standard, authorities said. Both are four-year veterans of the St. Anthony force.

Yanez's position with the 23-member department was his first in law enforcement, after jobs in security and doing contract immigration compliance work, Kelly said. The 28-year-old has a wife and child and graduated from Minnesota State University Mankato with a degree in law enforcement in 2010.

"He's a very sensitive officer, he cares about people," Kelly said. "He would drive around and stop and talk, and get out of the car, meet people and say hello."

In 2014, the department selected Yanez to be part of a special crime prevention unit, whose members were hand-picked based on "their initiative, creativeness and varied backgrounds in law enforcement," according to the department's annual report.

About the same time, Yanez joined the Minnesota chapter of the National Latino Peace Officers Association, where he worked to raise money for and connect with Latino youth, said John Lozoya, one of the organization's founders.

Lozoya recalled him as an active, passionate and approachable member.

"This man had the well-earned respect of his colleagues," Kelly said.

Yanez is cooperating with state investigators, who interviewed him within 15 hours of the shooting, Kelly said.

In the video she streamed on Facebook Live, Reynolds describes being pulled over for what the officer told her was a "busted tail light." The video shows her in a car next to a bloodied Castile slumped in a seat.

A clearly distraught person who appears to be a police officer stands at the car's window, tells her to keep her hands up and says: "I told him not to reach for it. I told him to get his hand out."

"You shot four bullets into him, sir. He was just getting his license and registration, sir," Reynolds calmly responds.

Court records show the traffic stop was at least the 52nd time Castile, a 32-year-old school cafeteria supervisor, had been pulled over in the Minneapolis-St. Paul area since 2002.

Less than 24 hours after the shooting, Gov. Mark Dayton declared that police likely wouldn't have fired if Castile had been white. Dayton later said he stood by his statement, even though he angered some in law enforcement.

The following night, five police officers were fatally shot and others were wounded during protests in Dallas over Castile's killing and the fatal police shooting of 37-year-old black man Alton Sterling in Baton Rouge, Louisiana, after a scuffle with officers outside a convenience store. Authorities identified the Dallas shooter as an Army veteran who was later killed by police.

Sterling's and Castile's families denounced the attack on the Dallas officers.