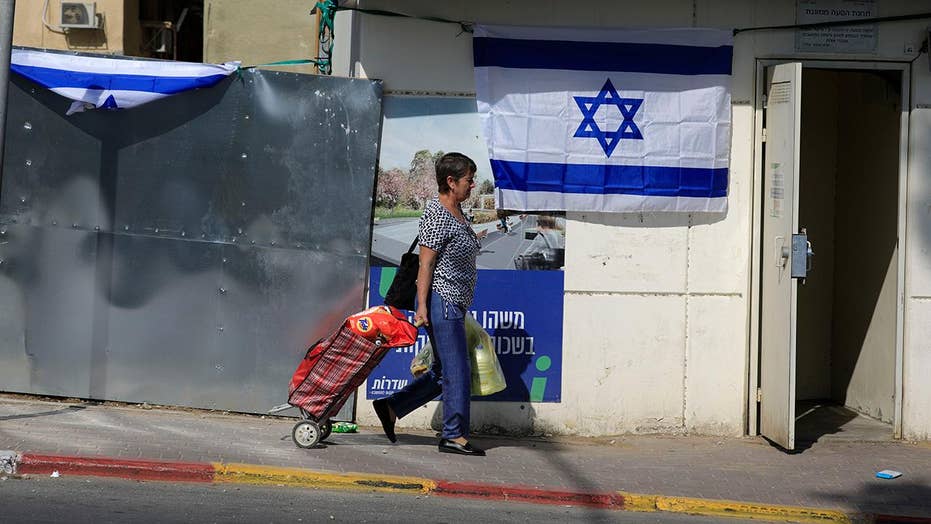 Israel says airstrikes on terror targets in Gaza are complete, will abide by cease-fire

A prestigious Ohio college is defending a memorial put up by students honoring the lives of Palestinian radical Islamic terrorists killed by Israel's military.

“Oberlin Students for a Free Palestine and Oberlin Jewish Voice for Peace have created this installation to commemorate the lives of these 34 Palestinians who died at the hands of Zionist Settler Colonialism,” a sign at the installation read. “We list the names and ages of those who were lost on each black flag.”

The student group's display located in Wilder Bowl, a central space on campus where students gather, didn't mention the terrorist organization affiliation and is a group that advocates for the Boycott, Divestment, and Sanctions (BDS) movement against Israel.

Anne Herzberg, an alumnus, said she stopped donating to the college a decade ago because Oberlin failed to "strongly deal with the targeting of Jews on campus," while others questioned how something like this could appear on an American college campus.

In 2016, more than 200 Oberlin College graduates signed an open letter expressing concerns of anti-Semitism at the school.

Oberlin College acknowledged, in a statement to Fox News, that the memorial "offended some members of our large and diverse community," but defended the student group's freedom of speech.

"The opinions presented by the installation were solely those of the student groups that created it and do not represent the views of Oberlin College," the statement said. "Oberlin opposes all forms of anti-Semitism, as we do all forms of prejudice and oppression. We actively work with our students, faculty, staff and alumni to build upon Oberlin’s deep commitment to Jewish life and scholarship."

The Oberlin Students for a Free Palestine did not immediately respond to request for comment.