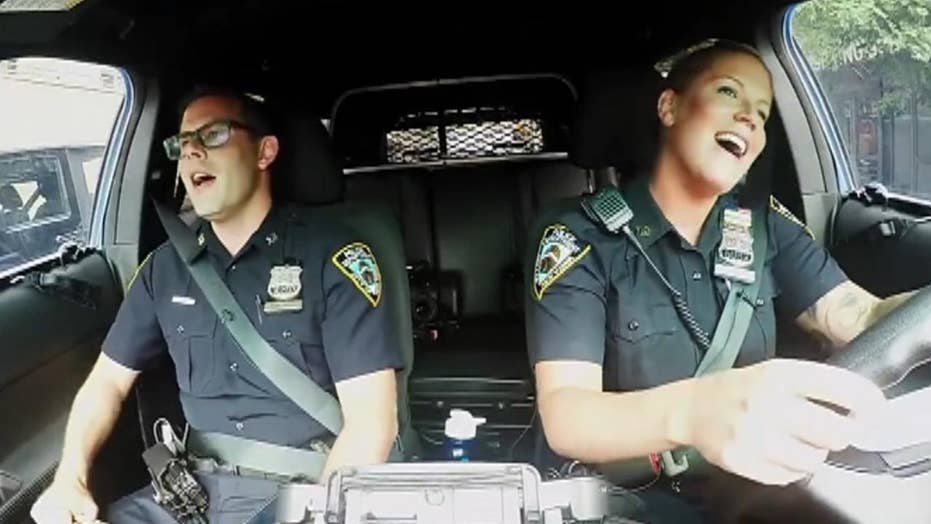 NYPD officers perform their own version of 'carpool karaoke'

Two NYPD officers celebrated Independence Day with a little “Cop Pool Karaoke” of their own, responding to a viral video made by a pair of Boston cops by performing a rendition of Katy Perry’s “Firework.”

Officers Jason Martinoff and Lauren Leggio took the opportunity to show working on the Fourth of July doesn't have to be boring -- and to remind viewers to be safe.

“Be safe out there, and remember: fireworks are good to sing about, but illegal to use!” the NYPD post said.

“I’m a police officer from Argentina, i would like to be an officer just like you, in my country is all different, everybody hates us, even the judges, and i see NYPD, and i pray, to be someday a little bit just like you…” Facebook user Esteban Gutierrez commented.

Troy N. Tammie Davis wrote: “Our family is on vacation in NYC this 4th of July and the NYC police department is everywhere and extremely helpful! We are so impressed with how well these men and women in Blue do their job! Thank You for all you do!”