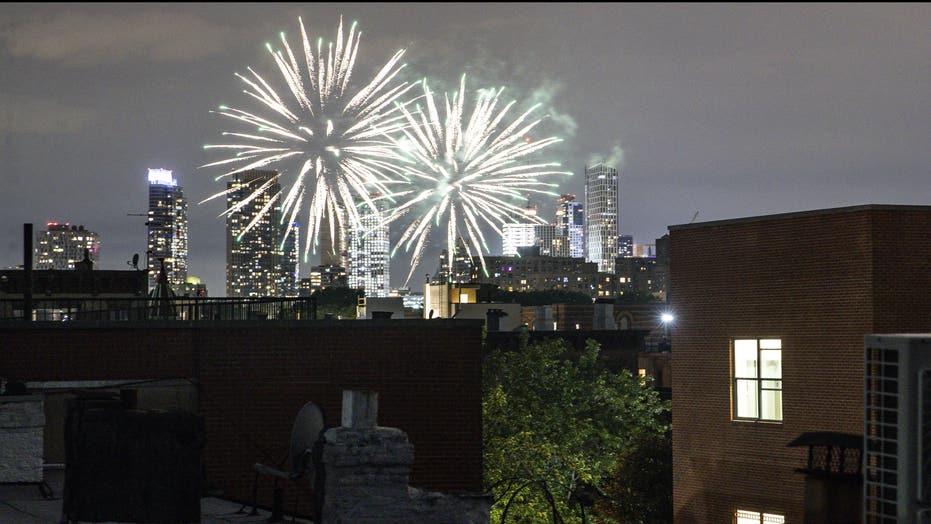 The New York Police Department is calling on city residents to help crack down on illegal fireworks in the wake of weeks of skyrocketing reports of pyrotechnics, particularly in recent days.

“If you use fireworks, you or someone else can get seriously hurt,” NYPD Det. Denise Moroney said in an emailed statement to Fox News. “To anonymously report the delivery, sale or storage of illegal fireworks, we encourage members of the public to call 911 for crimes in progress or 311 to report information.”

Fireworks complaints made with New York City's 311 hotline skyrocketed to 6,385 between June 1 and June 19 of this year – 236 times the 27 received during the same period in 2019, according to staggering numbers obtained by Gothamist.

The NYPD said officers seized fireworks – which are illegal – on 26 different occasions since the start of the year through June 14. The department has “effected eight arrests, issued 22 criminal court summonses, and responded to two fireworks-related injuries,” Moroney told Fox News.

The NYPD could not confirm Gothamist’s 311 data.

But Brooklyn Borough President Eric Adams and City Council Member Robert E. Cornegy, Jr. are calling for what they called "a thoughtful approach on illegal fireworks."

On Sunday, Adams and Cornegy said people should “stop leaning on police” and turn to alternative options instead. The pair called on Cure Violence and the Fire Department of New York’s Vulcan Society to step up and discourage members of the community from using fireworks.

“This is a nonviolent act, so those three numbers that we always dial –­ 911 –­ get over that,” Adams, a former member of the NYPD, said during the press conference, according to an account by WCBS880. “We have left the place of 911 being the response for everything in our city.”

But Adams said he has a “high level of concern” over the differences between the kinds of fireworks and other pyrotechnics used this year compared to years past.

"This is not the simple firecrackers and little small toy-type rockets, but it was very elaborate," Adams told WNYC and Gothamist after taking a recent tour through the borough to see for himself.

Adams further told the outlet he suspected the “elaborate,” different fireworks were being brought in by outside suppliers.

"When you see the large displays along Brooklyn and in Manhattan, Upper Manhattan, you’re seeing extremely sophisticated type fireworks displays that can be extremely dangerous in the hands of the wrong people."