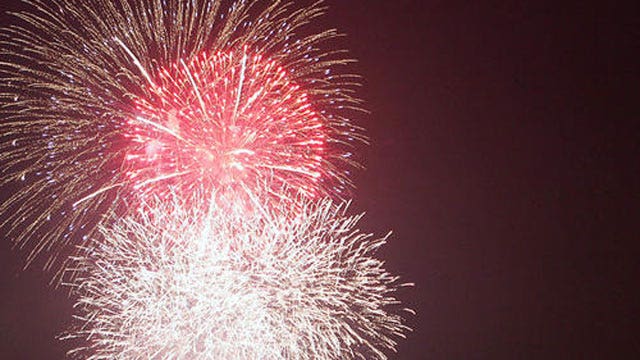 New York City Mayor Bill de Blasio said Wednesday that the city is working with Macy’s to ensure that the annual Fourth of July fireworks celebrations take place in a “safe but smart” way this year amid the coronavirus crisis.

“There is no day like Fourth of July,” de Blasio said during a press conference Wednesday. “We have to make it in a very manful way.”

DE BLASIO CANCELS PERMITS FOR NYC EVENTS IN MAY, JUNE AMID CORONAVIRUS

De Blasio said he has reached out to Macy’s CEO Jeff Gannet, who he called a “fantastic partner,” and said the two have a “special relationship.”

“He said they are ready to do…one way or another,” de Blasio said, adding that the “show will go on” and New York “will celebrate the fourth.”

De Blasio said there will “definitely be fireworks,” but that the display would be done in a way to keep New Yorkers safe.

“Thank God…fireworks can be seen by just looking out the window,” de Blasio said. “We will do it a way that is safe but smart.”

He added: “This is a day we can’t miss, a celebration we can’t miss…It’s all we stand for as Americans and as New Yorkers.”

Last month, Macy’s announced it would furlough and stop paying says tens of thousands of employees while stores were forced to shutter across the nation in response to the coronavirus pandemic. Macy's, though, is continuing to provide health benefits to those furloughed employees. 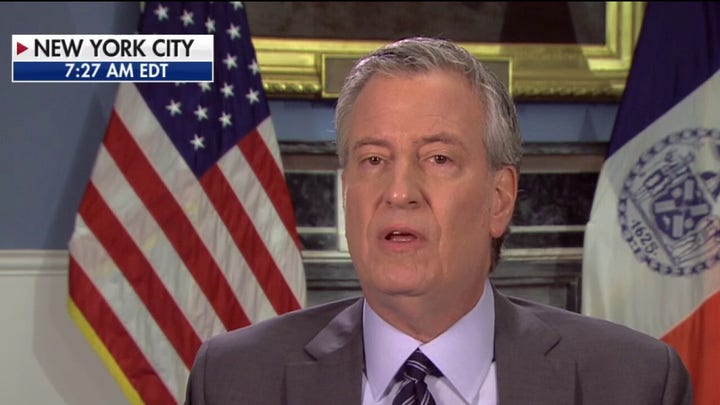 De Blasio added that Macy's leadership’s attitude toward the celebration was “come hell or high water, we’re going to do this.”

The Macy’s firework show is one of the most iconic and will celebrate its 44th annual display this July. The fireworks typically go off from barges on the East River in New York City near Pier 17 at the Seaport District, as well as from the Brooklyn Bridge.

Millions of spectators watch the show in person in New York City and tens of millions of people watch on TV, a Macy’s spokesperson told Fox Business last year.

The good news about New York City’s Fourth of July celebrations Wednesday comes just days after de Blasio announced he had canceled city events permits for May and June amid as the city grapples with the coronavirus outbreak.

“This is not a happy announcement, but one we have to make,” de Blasio continued, adding that many of the events “will be postponed” to a date later this year and that the city will work with event organizers on rescheduling and finding “the right time and place.”

De Blasio added that 2020 is the “50th anniversary of the Pride Parade and it’s a very, very big deal.”

New York is the epicenter of the coronavirus pandemic in the U.S.

As of Wednesday, New York State reported more than a quarter-million positive cases of COVID-19. In New York City alone, there are more than 144,000 cases. The city has seen more than 14,000 deaths.