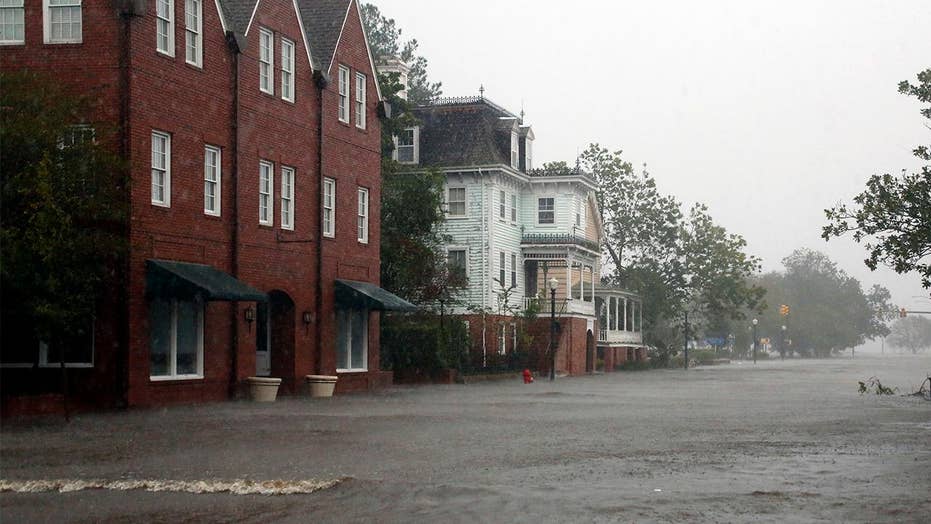 Officials in Ashe County, N.C., told residents in the community of Creston to evacuate their homes Sunday night as a dam holding back water swollen by Florence threatened to breach.

The National Weather Service reported that the Headwaters Dam was in danger of being breached and warned anyone living downstream of the dam to evacuate. Forecasters also announced a flash flood warning was in effect for Ashe County until 8 a.m. Monday.

It was not immediately clear how many people have evacuated.

Florence has dumped more than 30 inches of rain across North Carolina since it made landfall as a Category 1 hurricane Friday. Tens of thousands have been ordered to evacuate from communities along the state's steadily rising rivers — with the Cape Fear, Little River, Lumber, Waccamaw and Pee Dee rivers all projected to burst their banks.

Stream gauges across the region showed water levels rising steadily, with forecasts calling for rivers to crest Sunday and Monday at or near record levels. The Defense Department said about 13,500 military personnel had been assigned to help relief efforts.

The storm has been blamed for 17 deaths, 11 of them in North Carolina.