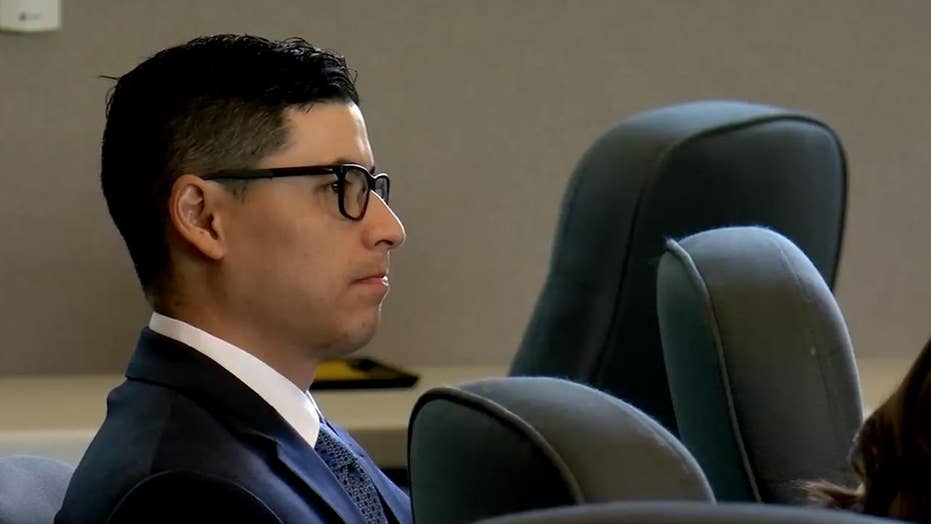 A former Santa Fe, N.M., sheriff’s deputy who shot and killed his partner will go to trial for the third time.

Jurors have not been able to decide if Tai Chan murdered Jeremy Martin, or defended himself when he shot and killed Martin at a hotel in southern New Mexico in October 2014.

Chan and Martin stopped at a hotel to spend the night after transferring a prisoner to Arizona.  They were drinking and got into a disagreement. Chan testified that Martin pulled a gun out when he was in the bathroom. Chan said he walked out of the bathroom, saw the gun and Martin said “I’m going to shoot you”. Chan said he tried to take the gun from Martin when a shot went off. He then shot Martin five times in the back as he was running away.

Chan said he was defending himself.

“He tried to kill me. I was fighting for my life,” the defendant testified in the second trial.

Prosecutors and the Martin family though believe he was murdered. Martin’s wife testified that he was working overtime to provide a better living for his unborn child.

“His four children deserve to be told that the man who shot their father in the back, that there are consequences for that behavior,” Martin’s widow Sarah told KFOX.

Chan was tried for first-degree murder, second degree murder and man slaughter. The two sides agree on many of the main facts, but there interpretations of the law are very different.

“In New Mexico if you’re attacked, if someone attacks you with deadly force as Jeremy Martin did that night, you’re allowed to use deadly force to defend yourself. And that’s what Tai did,” said John Day, Chan’s attorney.

“Jeremy was shot in the back while running for his life. You cannot claim self-defense. Even in the wild west that’s just crazy,” said James Martin, Jeremy’s brother.

TEEN HELD IN CONNECTION WITH SHOOTING OF ARKANSAS OFFICER

There have been questions about the quality of the investigation. A bloody bed comforter was not submitted into the forensics lab until after the first mistrial, a mistake the lead detective attributed to oversight.

“The reality is in this case, the police in Las Cruces, there were a lot of deficiencies in the investigation. And everybody agrees, no ones challenging that,” said Day. “They didn’t do a number of things that they should have done.”

However, James Martin said his family is satisfied with the investigation.

James Martin hopes the jurors will take more time to deliberate the third time around.

“Chan showed no resolve for human life, no concern for another human,” said Martin.

Chan testified in the first two trials, Day said that likely won’t change in the third trial. Day also said he thinks Chan should not be tried for first degree murder again, because none of the jurors voted to convict Chan of that in the second trial.