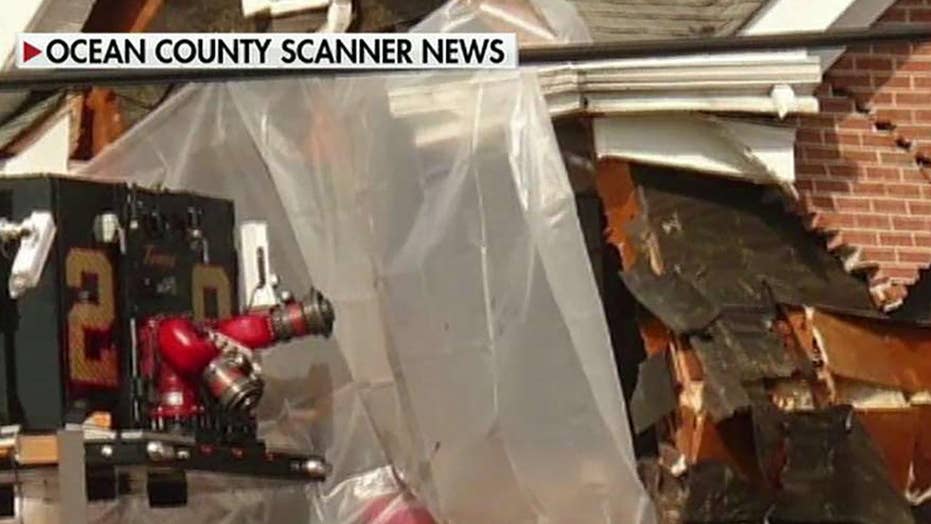 Police say the driver was speeding before hitting median.

Two people were killed in New Jersey early Sunday when a Porsche launched into the air and smashed into the second story of a commercial building, investigators said.

The sports car, a 2010 Porsche Boxster convertible, was traveling at “a high rate of speed” when the driver lost control, hit a center median and struck an embankment that sent it smashing through the building, Toms River Police spokeswoman Jillian Messina told Fox News.

The victims were later identified as 22-year-old Braden DeMartin of Toms River and his passenger, 23-year-old Daniel Foley, also of Toms River, the department said in a news release. Both were pronounced dead at the scene.

The crash unfolded around 6:30 a.m., Sgt. Vincent Pedalino told NJ.com. He said the building, which housed a real estate office and several other businesses, was unoccupied at the time.

Skid marks could be seen stretching across four lanes of traffic in the direction of the building, the outlet reported.

The Porsche appeared to bore a gaping hole in the brick building, according to pictures that local news outlets posted online. First responders cordoned off the area as they investigated how the vehicle went airborne.

The building, which houses several businesses, was unoccupied at the time of the crash, police said. (Ocean County Scanner News)

Toms River Building Inspector John Gerrity subsequently deemed the building unsafe, the department said. It was unclear how long it would be before people were allowed to enter.

It was unclear exactly how fast the Porsche was going and what caused the driver to lose control. Police said the crash remained under investigation.

Toms River is about 50 miles north of Atlantic City.