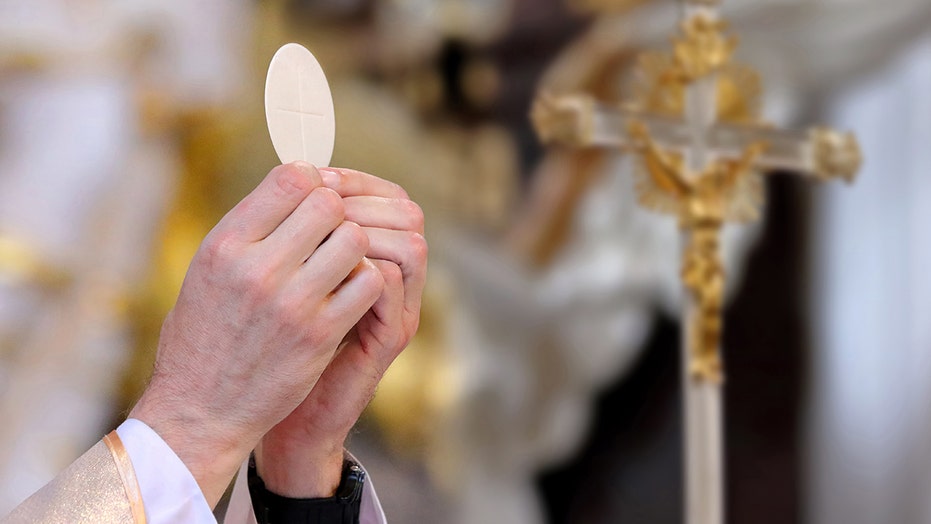 Former Vice President Joe Biden, while at mass in South Carolina this week, was denied Holy Communion by a Catholic priest because of his support of abortion. Rev. Robert E. Morey said his actions were based on Church law but will this hurt Biden politically as he strives to be the Democratic Presidential nominee? Here to debate is Christopher Hale and Father Frank Pavone.

A young boy with autism was denied his First Communion at a New Jersey Catholic church, leaving his parents along with many online, upset.

Eight-year-old Anthony LaCugna, who is non-verbal, was denied the sacrament at Saint Aloysius Parish in Jackson Tuesday, according to his father's Facebook post, because Saint Aloysius priest, the Rev. John Bambrick, said Anthony is "unable to determine right from wrong due to his disability."

In his post, which went viral, Jimmy LaCugna called the church's actions "disgraceful and disheartening" against his "innocent little boy."

"This is very hard and upsetting to comprehend when we all are created by God and now our son is being shunned from the Catholic faith due to his inability to communicate," the father wrote.

CINCINNATI CHURCH WIPES OUT $46.5 MILLION IN MEDICAL DEBT FOR 45,000 FAMILIES

The New Jersey parish responded with a statement Wednesday stating that "new information has come to light" allowing it to bypass previous guidelines that led to the denial.

"Since Monday we have been researching how we could best assist the most profoundly disabled in a better way," the church wrote.

But Anthony's parents aren't assured he will be able to participate in his First Communion after all.