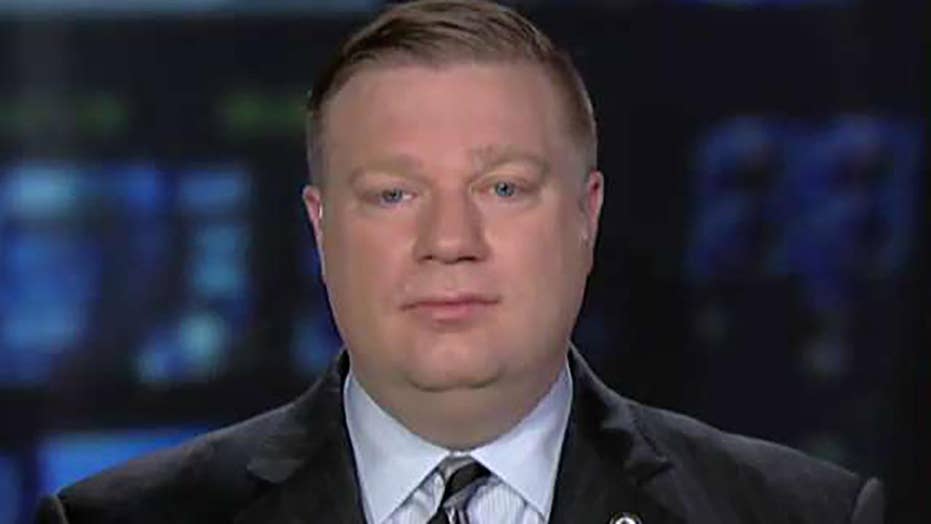 The Navy has paused a review to determine whether to remove SEAL Eddie Gallagher's Trident pin following his highly publicized war crimes case. President Trump demanded the halt on Thursday.

In an early-morning tweet, Trump wrote: "The Navy will NOT be taking away Warfighter and Navy Seal Eddie Gallagher's Trident Pin. This case was handled very badly from the beginning. Get back to business!"

The pint is bestowed on SEALs to reinforce "good order and discipline" across the force, a source told Fox News.

A defense official told Fox News that following Trump's tweet, “there is a pause in the proceedings while we await further guidance” on whether or not Gallagher will remain in Navy Special Warfare.

The head of Naval Special Warfare Command, Rear Adm. Collin Green, was scheduled to review the possibility of stripping Gallagher of the pin, upholding a part of his sentence that would reduce his rank. Gallagher was found guilty in July of posing with the body of a dead ISIS fighter in Iraq, though a directive signed by Trump last week that ordered the Navy to restore Gallagher’s rank to chief petty officer.

Rear Adm. Charlie Brown, a top Navy spokesman, told Fox News that the Navy would be halting the review.

"The Navy follows the lawful orders of the president. We will do so in case of an order to stop the administrative review of SOC Gallagher's professional qualification. We are aware of the president's tweet and we are awaiting further guidance," Brown said.

Gallagher was formerly facing seven counts of war crimes and was acquitted of the most serious of them-- killing an Islamic State fighter in Iraq.