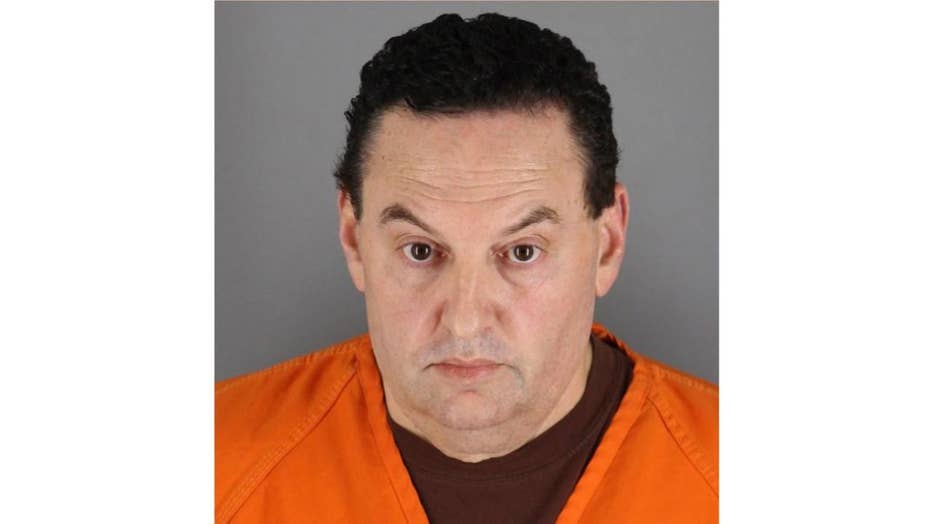 The suspect in a 1993 cold-case murder has finally been found, thanks to DNA evidence taken from a discarded napkin. Jerry Westrom was taken into custody after police retrieved a napkin he was using while watching his daughter's hockey game, and found his DNA a match to that taken from the murder scene of Jeanne Ann 'Jeanie' Childs in 1993.

The murder suspect eluded police for decades, until he got a hankering for a hot dog at a hockey game.

Jerry Westrom, 52, ate the hot dog while watching his daughter play hockey, then he wiped his face with a napkin and threw it away.

Westrom did not know that while he watched the hockey game, police were watching him.

Police retrieved the napkin Westrom discarded and found his DNA matched that collected at the scene of the 1993 cold-case murder of 35-year-old Jeanne Ann "Jeanie" Childs. Westrom, who was charged with second-degree murder last week, posted $500,000 bail and was released from jail following a court hearing where his wife, children and 20 other supporters looked on from the gallery.

Westrom, who denies involvement in the murder, got onto the radar of investigators after they took advantage of advances in DNA technology in 2015 to take another look at the unsolved murder.

A search on an online ancestry website turned up Westrom as a possible suspect. The FBI assisted in the case.

After he was arrested last week, police got more DNA and found further evidence – sperm matching found on a comforter and towel in the victim’s bathroom – tying him to the murder scene, according to The New York Times.

MURDERED MEMPHIS MOTHER MAY BE SUBJECT IN SERIAL KILLER'S SKETCHES

Several members of Childs' family were at the hearing in Hennepin County District Court.

“We all hope Jeanne’s family can finally find peace as a result of this tenacious effort by officers and agents,” Jill Sanborn, the special agent in charge of the Minneapolis division of the F.B.I., said in a statement.

Westrom's lawyer, Steven Meshbesher, told the court that his client, a businessman, had lived in Minnesota his entire life and wasn't a flight risk.

"What we've got is a very unsolved case and it was charged, in my opinion, prematurely," Meshbesher said.

According to court documents, Childs' naked body was found in her apartment in an area known for prostitution. She had been stabbed multiple times all over her body, and blood covered the walls of her bedroom, living room and bathroom, according to a warrant.

The bathroom was flooding because the shower had been left turned on. Finger, palm and foot prints were discovered at the scene, investigators said.

After scoring a DNA match on the ancestry website, investigators looked at Westrom’s social media accounts and learned that he would be at the hockey game last week.

It is unclear if a relative of Westrom or the businessman himself put the genetic data on the site.

Westrom’s next court is scheduled for March 13.