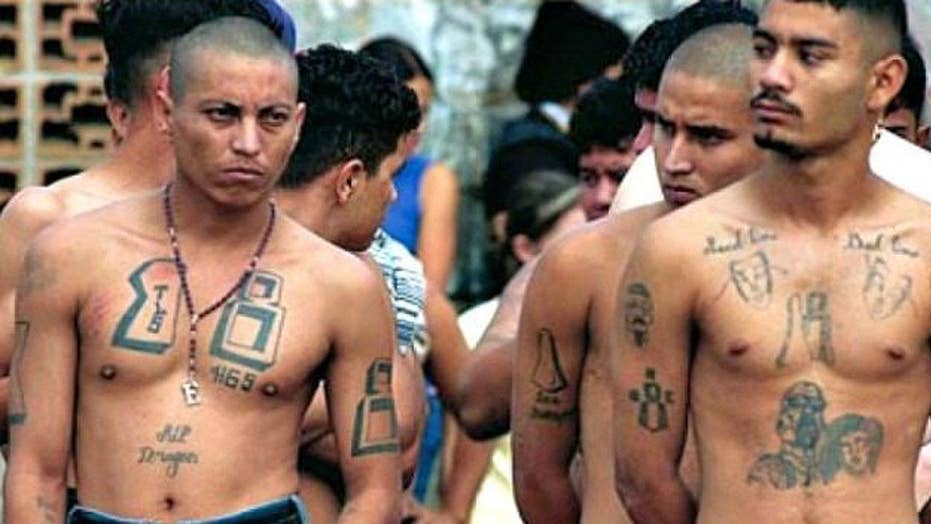 Inside Long Island's war with MS-13

Suffolk County Police Commissioner Timothy Sini has described law enforcement's struggle with the dangerous Central American gang as an 'all hands on deck' war. He gives Tucker the inside story #Tucker

They’re known as MS-13, MS, Mara or Mara Salvatrucha, but by any name, they’re trouble.

MS-13 is a Central American gang founded in Los Angeles in the 1980s by Salvadoran immigrants. While still heavily represented in California, they have spread across the nation—into at least 42 states and Washington, D.C.-- and beyond, especially into Central America.

Many gang members can be recognized by elaborate tattoos and special hand signals they use, but it’s their criminal activities and tremendous violence that have got the attention of the FBI and ICE (Immigration and Customs Enforcement). They are known for using machetes to hack some of their victims.

One anonymous member of the gang, who has since gone straight after spending time behind bars, explained the group’s appeal in an interview with News 12 Long Island.

In the interview, the former gang member said if a sense of belonging and the availability of girls wasn't enough, the gang had other ways of sealing the deal with new recruits at meetings.

“Once you're there, you immediately feel like if you don't join that day, they're going to turn on you," he told News 12 Long Island.

Indeed, the gang’s motto has been “kill, rape, control.” For years, MS-13 has been involved in drug, weapons and human trafficking, and have left behind a long trail of victims.

Here are just a few of the most recent cases authorities tied to MS-13:

-- One man met his killers in the woods in Maryland, where they’d already dug his grave.

-- Another man was ambushed and killed under a bridge in the Capital Beltway, stabbed and hit with rocks as he tried to crawl into a stream.

-- Four Hispanic men in Long Island were brutally murdered and mutilated in an incident tied to MS-13.

Then there’s the murder of 17-year-old Raymond Wood in Bedford, Va.  His body was found mutilated, and three MS-13 members (all illegal aliens) have been charged with the crime.

His uncle, Dale Wood, told WLNI his nephew's hands were chopped off and his throat cut. He was stabbed 16 times and run over twice, the grieving man said.

The gang is so ferocious and so feared that, in El Salvador—where President Salvador Sanchez Ceren claims there’s “nearly a murder an hour” — MS-13  members are essentially allowed to run the prisons in which they’re incarcerated.