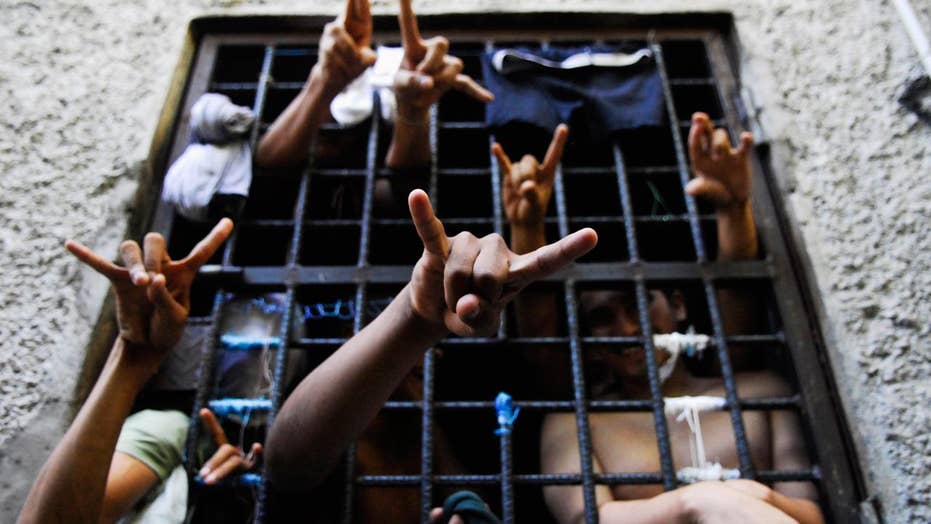 American Majority CEO Ned Ryun on how Vox and ProPublica are under fire for downplaying the threat posed by MS-13, describing the gang as strictly an “American problem.”

An illegal immigrant and member of the MS-13 gang faces a life sentence after pleading guilty Monday to taking part in the vicious massacre of four young men on New York's Long Island, in a case that was highlighted by President Trump.

Josue Portillo, 17, but charged as an adult, pleaded guilty in federal court to racketeering charges and for his participation in the April 2017 murders of Justin Llivicura, Michael Lopez Banegas, Jefferson Villalobos and Jorge Tigre in the woods behind a Central Islip, N.Y., soccer field, prosecutors claim. He’s now facing up to life in prison when he is sentenced Jan. 10.

The case was emphasized by President Trump in May at an event on Long Island, the epicenter of MS-13 gang killings in the country, to push for tighter immigration controls, which included the families of the three of the four slain men, the New York Times reported.

Portillo admitted that he planned the murders with other members of the notorious gang, whose motto is “Kill, rape, control.” They believed the four men were rival gang members. The victims were then lured to the woods and attacked with machetes, knives and clubs.

“The Eastern District, together with our partners on the FBI's Long Island Gang Task Force, will never tire nor relent in our efforts to dismantle MS-13 and bring to justice their members who have no respect for human life,” U.S. Attorney Richard Donoghue said in a statement.

The prosecutors said Portillo entered the U.S. illegally from El Salvador. Many of the MS-13 members are from El Salvador and Honduras, with many of them coming into the country illegally. Increasingly, however, the gang is recruiting young teenagers who were born in the U.S.

The killer was only 16 at the time of the murders and the authorities initially charged him as a juvenile together with other members and associates of the gang, according to the Times. But the judge decided Portillo should be tried as an adult, saying the teen was charged with “four heinous, premeditated murders” and posed a danger to the community.

The violence perpetrated by the MS-13 gang includes the 2016 slayings of two teenage girls in Brentwood and led to congressional hearings on the issue. The gang has been allegedly responsible for at least 25 killings since January 2016 across a wide swath of Long Island. Many other people have been reported missing.