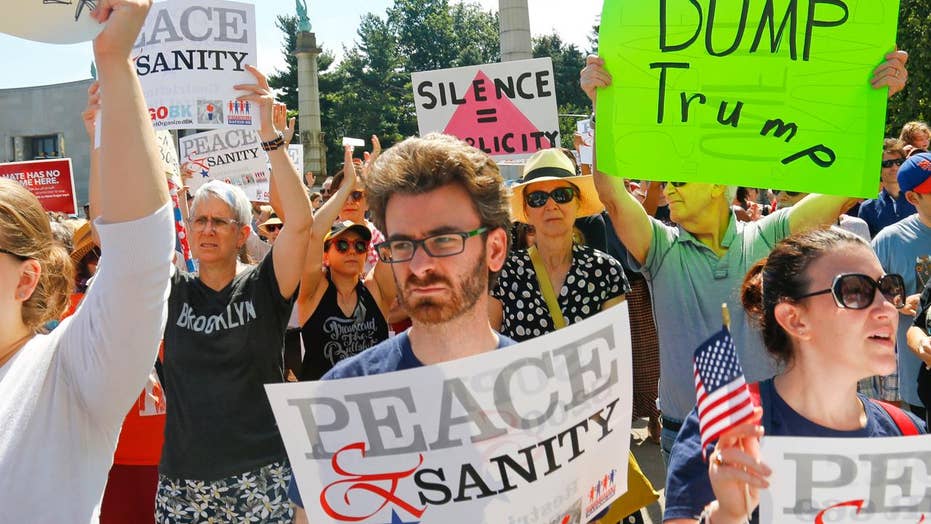 President Trump's national security adviser said Sunday that the violence that broke out in Charlottesville, Virginia, over the weekend "meets the definition of terrorism."

H.R. McMaster told ABC's "This Week" that "anytime that you commit an attack against people to incite fear, it is terrorism."

As the threat of nuclear conflict escalates between the U.S. and North Korea, religious leaders are stepping into the firestorm in an urgent quest to calm the rhetoric between President Trump and dictator Kim Jong Un.

Christopher Hale, a senior fellow at Catholics in Alliance for the Common Good and leader for President Obama’s national Catholic outreach, told Fox News that church members in both the Korean Peninsula and in the U.S. have potential to play a key part in stopping the military escalation.

A top Venezuelan politician may have ordered Florida Sen. Marco Rubio to be assassinated after the senator unleashed a string of criticisms against the country’s government, Fox News has learned.

The possible threat led Rubio to take on a stronger security detail, including U.S. Capitol Police. Rubio was seen with additional security in both Washington and Miami.

Suspected Islamic extremists opened fire at a Turkish restaurant in the capital of Burkina Faso late Sunday, killing at least 18 people in the second such attack on a restaurant popular with foreigners in the last two years.

There was no immediate claim of responsibility for the violence, which continued into the early hours Monday. Gunfire could be heard almost seven hours after the attack began.