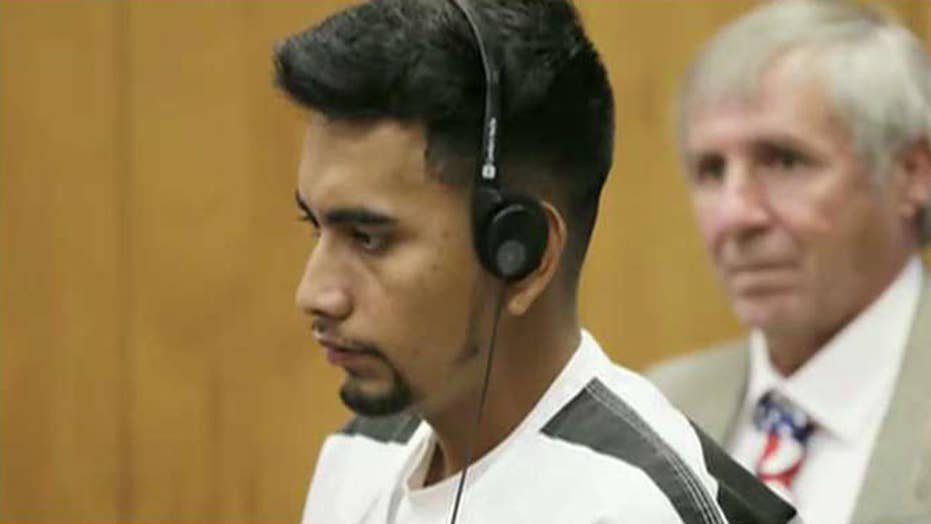 Mexican national Christhian Bahena Rivera, 24, is due in court in Montezuma, Iowa, to be arraigned on a murder charge in connection with the 20-year-old’s death.

Prosecutors said Tibbetts was jogging July 18 in the Iowa town of Brooklyn when she was killed.

The search for the young woman generated national headlines for more than a month. The search ended when Rivera led cops to her body in a cornfield.

Defense attorney Chad Frese told the Des Moines Register Friday that he requested that the arraignment be conducted in open court.

"Since this is a class A felony for a homicide, I want it to be on the record so there’s no confusion whatsoever," Frese told the paper. "Because his education is about a fifth- or sixth-grade education in the country of Mexico."

On Wednesday, a judge granted a motion for the services of a private investigator to assist Rivera’s defense at public expense, KWWL-TV reported Friday.

“Without the appointment of an investigator at state expense, defendant will be deprived of his constitutional right to a full and complete defense and equal protection under the law,” Frese and his wife and co-counsel Jennifer Frese said in motion papers.

The motion granted the Freses $5,000 in state funds to hire a Des Moines private investigation firm.

The lawyers pointed out that it’s likely there will be other requests for money for the private investigator, the station reported.

Rivera said in an affidavit attached to the motion that he was indigent. It said he had no job and no cash. It said he has epxenses of $270 a month in car payments.

Previously, the judge appointed a Spanish interpreter at public expense to assist the defense.

Rivera’s family is paying for his lawyers, the Register has reported.