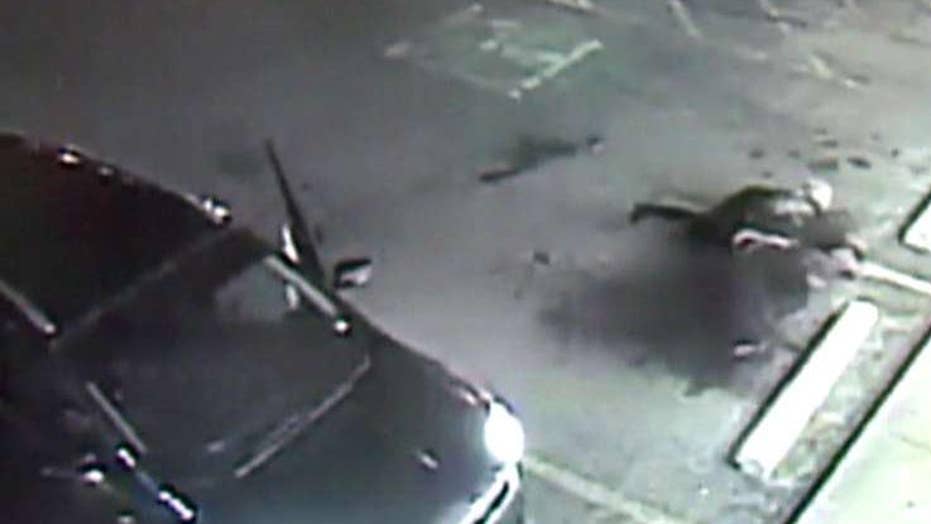 Suspect body slammed woman to ground after following her into parking lot in Missouri.

A Missouri man who's been charged after allegedly tackling a woman in a road-rage infused incident in suburban St. Louis last week remained on the loose Thursday, officials said.

Scott Heatherly, 50, was charged Tuesday with assault and two counts of property damage, FOX2NOW reported. The Arnold Police Department, however, said it were unable to locate him.

APD Lt. James Jones said the suspect was aware of the charges and would surrender -- though he hasn't yet. A judge ordered Heatherly be “held with bail set at $50,000 when taken into custody.”

Heatherly followed a woman in his truck Friday because he believed she threw something at his vehicle while both were on Interstate 55, police said. Heatherly followed the woman, who has not been identified, closely, flashing the truck's lights, the woman later told police. She said she called her husband, who told her to stop in a parking lot.

Authorities said a security camera from the parking lot reportedly captured the crucial chain of events: Heatherly walked to the woman’s window, argued with her and then began kicking her car, the St. Louis Post-Dispatch reported.

After the woman got out of the car to take pictures of the suspect kicking her vehicle, Heatherly tackled her, took her phone and threw it across the parking lot, officials said. An off-duty deputy witnessed the incident and attempted to stop the suspect. But authorities said Heatherly drove off -- nearly striking the woman with his truck.

“He was very close to hitting the victim,” Jones said. “She had to jump out of the way to avoid getting hit.”