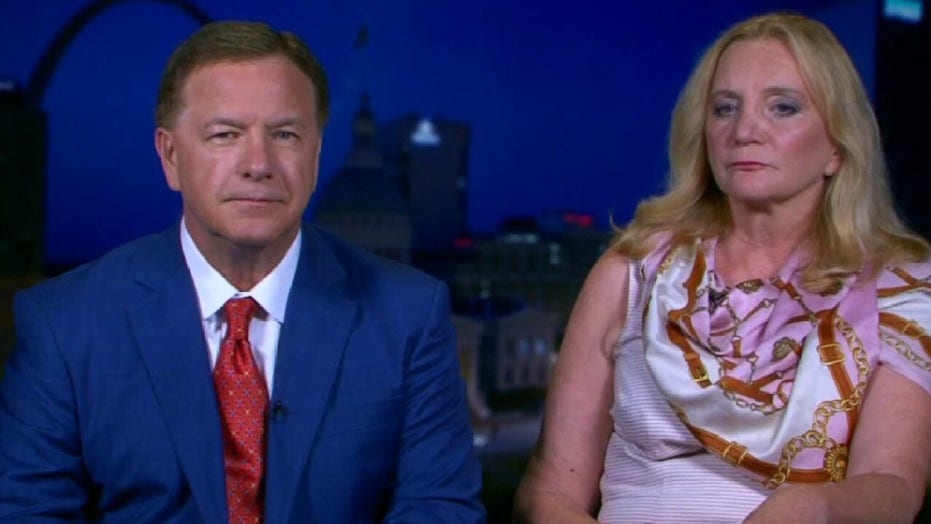 St. Louis homeowners recount having to defend themselves as demonstrators approached property

Authorities in St. Louis executed a search warrant Friday evening at the home of Mark and Patricia McCloskey, the couple who made headlines last month when they took up arms to defend their home from protesters.

During the search, police seized the rifle that Mark McCloskey was shown holding during the June 28 incident, KSDK-TV of St. Louis reported, citing information from a source.

The couple claimed the pistol that Patricia McCloskey held during the June confrontation was already in the possession of their attorney, the station reported.

INVESTIGATION INTO ST. LOUIS COUPLE WHO DEFENDED THEIR HOME AGAINST PROTESTERS IS 'ABUSE OF POWER,' SAYS SEN. HAWLEY

There was no immediate indication the McCloskeys were arrested or charged with a crime. The warrant applied only to a search for the guns, KSDK reported.

On Monday, the McCloskeys appeared on Fox News’ “Hannity” and disclosed that protesters had returned to their neighborhood July 3 – but the couple was alerted in advance and hired a private security company to protect their residence.

Last week’s protest was loud but non-violent, the homeowner said.

In the June incident, Patricia McCloskey said, the couple was startled just before dinnertime when “300 to 500 people” entered the gated community where they live.

Mark and Patricia McCloskey are seen outside their St. Louis home during a confrontation with protesters, June 28, 2020. (Getty Images)

The couple said protesters also threatened to harm their dog, which was outside the home at the time.

The protesters claimed they were passing the McCloskeys' home while heading toward the home of Mayor Lyda Krewson, to demonstrate there.

Soon after the June incident, Kimberly Gardner, circuit attorney in St. Louis, announced that her office and the St. Louis Police Department would be conducting an investigation into the McCloskeys’ display of firearms.

The couple’s attorney at the time, Albert Watkins, said in a statement that the couple did not arm themselves until after they began feeling threatened.

"My clients didn't sit on their front stoop with guns. ... No firearms were on them at the time that they, were, as property owners standing in front of their home," Watkins said at the time. "It was not until they basically were in a position of seeing and observing violence, recklessness, lawbreaking, and knowing that the police were not going to be doing anything."

Late Friday, KSDK reported that Watkins was no longer representing the couple and had been replaced by attorney Joel Schwartz, who confirmed a search warrant was issued at 8 p.m. Friday.

Schwartz would not confirm if authorities took anything from the home and said he was unaware of the location of the couple's handgun, KSDK reported.

The couple's new lawyer also said he hopes to meet with Gardner's office next week but said no appointment had yet been scheduled, according to KSDK.