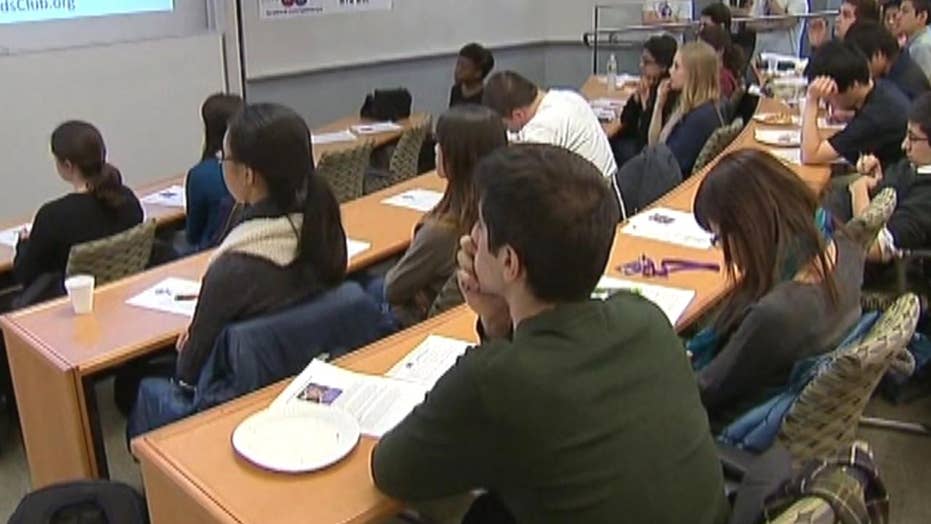 Aims to provide young adults with skills like budgeting, time management and cooking

Members of the millennial generation may not attend church as often as their parents do -- but what exactly is contributing to this trend of young church dropouts?

"While the U.S. public in general is becoming less religious, the nation's youngest adults are by many measures much less religious than everyone else," David Masci, a senior writer and editor on religion at Pew Research Center wrote in January 2016.

Millennials, the generation of young Americans born in the 1980s and '90s, are less likely than their parents or grandparents to pray and attend church regularly, according to Pew Research Center.

Pew published a religious landscape study that surveyed over 35,000 Americans.

"Overall, 35 percent of adult millennials (Americans born between 1981 and 1996) are religiously unaffiliated," Pew Research reported 2015. "Far more millennials say they have no religious affiliation compared with those who identify as evangelical Protestants (21 percent), Catholics (16 percent) or mainline Protestants (11 percent)."

While there are definitely more religious millennials than those unaffiliated with a religion, the trends are interesting to analyze. To wit: Roughly three-fourths of millennials say they believe in God (over half with an absolute certain belief in God); but less than a third attend a religious service on a weekly basis.

This could be due to the new trend of those who feel "spiritual" but not "religious."

"While millennials are not as religious as older Americans by some measures of religious observance, they are as likely to engage in many spiritual practices," Becka A. Alper, a research associate focusing on religion at Pew Research Center, wrote in 2015.

"For instance, like older Americans," she added, "more than four-in-10 of these younger adults (46 percent) say they feel a deep sense of wonder about the universe at least once a week."

Alper also wrote, "Furthermore, on some traditional measures of religious belief, the difference between millennials and older Americans is not that large. For instance, when it comes to views on the afterlife, two-thirds of millennials say they believe in heaven, compared with roughly three-quarters of baby boomers and members of the Silent Generation."

In terms of Christianity in America, some 70 percent of the population identifies as Christian.

Dr. Alex McFarland, director for Christian Worldview and Apologetics at North Greenville University in South Carolina, said college-aged millennials are more likely to not have a religious affiliation than the general population.

"From speaking with tens of thousands of young people over the years, I have learned that if they have just a few adults who will come alongside them and encourage them to grow in their faith, there's a much better chance they will remain in the church and rooted in Jesus long into adulthood," McFarland previously told LifeZette.

McFarland's latest book, "Abandoned Faith: Why Millennials Are Walking Away and How You Can Lead Them Home," was published in March.

"There are many reasons young people may become disillusioned with church, religious organizations or faith in general, such as mistrust, skepticism, rebelling against a negative experience, pressure from atheist or agnostic friends, or a variety of other influences," McFarland told LifeZette.

Other factors such as the breakdown of the family and defiant attitudes could contribute to the way millennials perceive a divine authority.

"I would also venture to say that many walk away because they are faced with situations where they are either asked or demanded to defend their beliefs, and they just don't know how," McFarland noted. "But regardless of why they leave their faith behind, the real tragedy is that many millennials are heading into life without Christ."