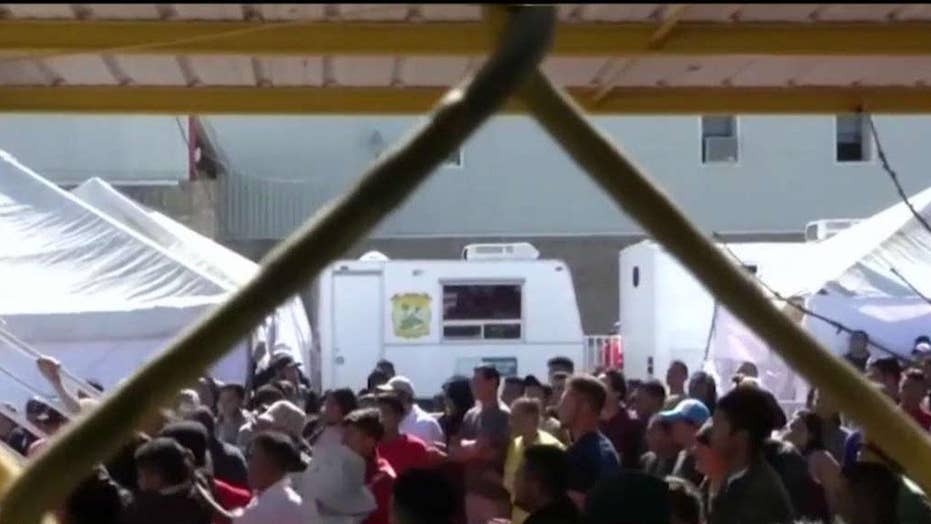 Having traveled more than a thousand miles, the immigrants in Piedras Negras, Mexico  -- mostly from Honduras -- come to this: the banks of the Rio Grande River. Just beyond is  Eagle Pass, Texas, and the broader U.S.

It looks deceptively simple, as if you might simply swim across. Perhaps that -- coupled with desperation -- has prompted so many immigrants to try to do just that, some by themselves, some with their young children and babies.

“As you can see the Rio Grande, it’s not a small river,” said Matthew Hudak, the acting chief patrol agent for Customs and Border Protection (CBP). Hudak says more and more families are trying to cross here. “We’ve done five times as many rescues this year as we did last year.”

No day may highlight the danger more this year than Valentine’s Day. Border Patrol agents rescued not one group, but three, trying to cross the river, 17 people in all. Seven of them were children, ranging from only a year old to 17.

Even though daytime temperatures have been in the 70s, the water itself is cold and has strong currents.

“It is treacherous. It is dangerous,” said Louie Wayne Collins, a division chief for CBP.

In the past two weeks, agents say they have rescued a total of 35 people. There’s no word on whether any of those were once members of the caravan that arrived in Piedras Negras last week or were just part of smaller groups that had arrived on their own.

Traffic in the area has been steady for months.

On Valentine’s Day, one of the men who tried to cross did not make it. Crews pulled his body from the river.

“I can honestly tell you that this is not the first one,” said Eagle Pass Fire Chief Manuel Mello. And indeed, Border Patrol agents say there have been four immigrant deaths in the river in this area since last October.

“We have been doing body recoveries for quite a while,” Mello said. "And I know this won’t be the last one, either.“