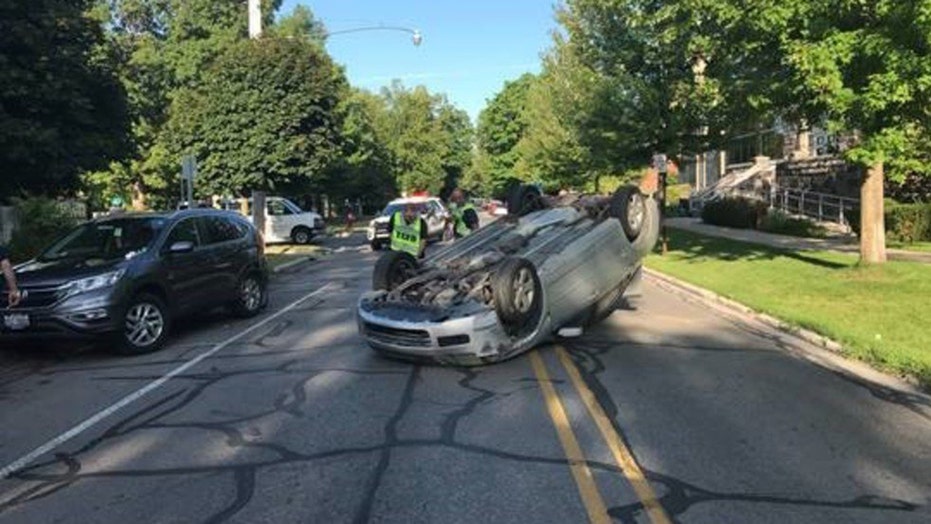 An 82-year-old Michigan driver encountered a snowball of unfortunate events on Sunday after police say she swerved to avoid hitting a squirrel in the road.

Driving in Traverse City, a town about 140 miles north of Grand Rapids, the woman succeeded in not hitting the squirrel — but instead hit a parked car.

An 82-year-old woman reportedly flipped her car after swerving to avoid hitting a squirrel on Sunday. (Traverse City Police Department)

Her car then flipped, UpNorthLive reported. Local police said a witness helped the woman out of her vehicle.

The woman reportedly suffered minor scrapes and bruises and refused medical treatment. She was cited for driving without due care and caution, according to the report.

In May, a man in New York also flipped his vehicle  over a spider.

The driver became frightened and tried to get the spider off his leg. He ended up reportedly driving off the road, hitting an embankment and flipping his vehicle.