A Michigan man who already stands accused of mutilation and murder is now being sued in court over a separate issue that could involve kidnapping and assault. 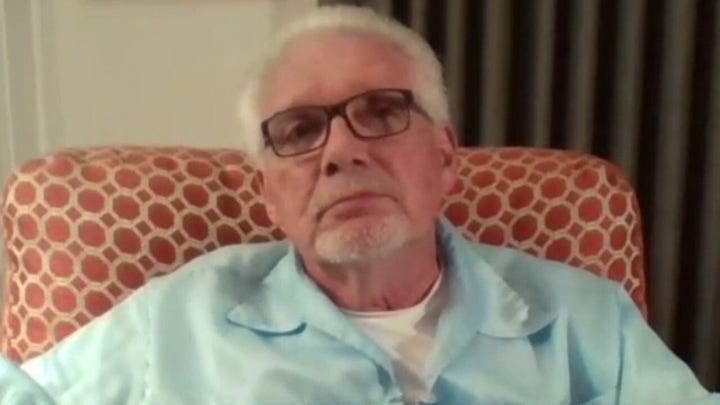 However, Carlsen was met by Latunski at the bus station and taken to his Bennington Township home. Upon their arrival, Latunski told Carlsen that his spouse had moved out. Bacon was found at the home two months later hanging naked from the ceiling.

Carlsen alleges Latunski used locks, chains and leather straps to tie him up in a basement and said he "wasn't going anywhere" before going to bed.

Carlsen used a butcher knife to cut the straps loose after he was sure Latunski, 50, fell asleep and then escaped, according to the newspaper. After calling 911, Carlsen met police at a gas station and got a ride to a bus station. He purchased a ticket home but it wasn't good for another week.

With no money and shelter, Carlsen called Latunski, who convinced him the situation was a misunderstanding and persuaded him to return to the house. Carlsen's attorneys said their client initially didn't wish to press charges but is now seeking $75,000 in damages.

Mark Latunski, 50, right, is facing murder and mutilation of a body charges in the death of Kevin Bacon, 25, of Swartz Creek near Flint, left. (Facebook / Shiawassee County Jail)

Latunski stands accused of killing Bacon, who worked as a hairstylist and was a student. He allegedly stabbed him in the back, slit his throat, hung his body from the ceiling from his ankles and cut his testicles off and ate them.

The pair met on Grindr, a dating app targeted at the LGBTQ community.

Authorities also responded to Latunski's home on Nov. 25 when a man wearing a leather kilt with blood running down his face ran from his home, the newspaper reported. He is not seeking damages.