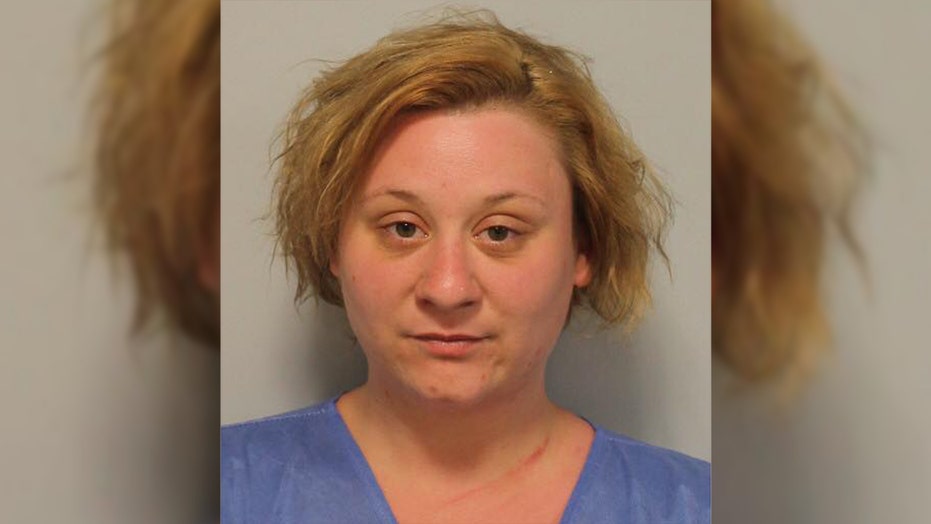 A woman from Massachusetts was arrested Friday afternoon after driving her vehicle into a reservoir in Rhode Island with her three young children inside, according to police.

The Portsmouth Police Department said in a news release posted to Facebook the agency responded to the reservoir around 3 p.m. for a report of a vehicle submerged in the water.

When authorities arrived they discovered the driver, 30-year-old Amanda Nappi of Milford, Mass., was able to get access to the embankment of the reservoir and then intentionally drove into the water.

Nappi's three young children were also in the vehicle as she drove into the waterway, according to police.

Amanda Nappi, 30, was arrested on three counts of cruelty to or neglect of a child. (Portsmouth Police Department)

"At that time, all the occupants were taken to a local hospital as a precaution," police said. All four were not seriously injured in the incident.

The reservoir, which provides drinking water to area residents, is located just north of Newport.

Nappi's children were later turned over to the Massachusetts Department of Children and Families.

After her release from the hospital, the 30-year-old was arrested on three counts of cruelty to or neglect of a child. Nappi, who failed to post bond, is behind held at the  Women’s Adult Correctional Institution in Cranston, R.I.

Police said she's expected back in court at a later time.