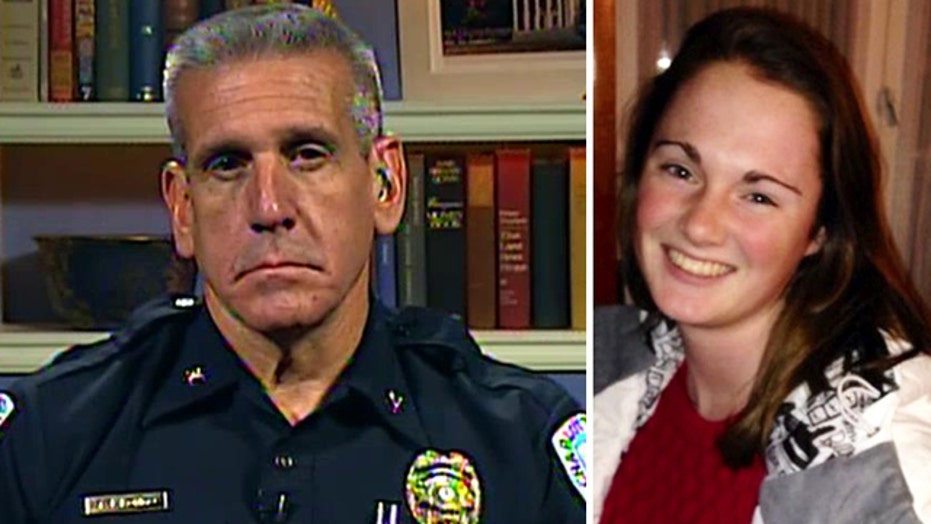 The man believed to be the last person seen with missing University of Virginia student Hannah Graham is not answering investigators' questions about her disappearance, and police searched the suspect's home again on Monday, authorities said.

Charlottesville Police Chief Timothy Longo told Fox News that Jesse Matthew voluntarily stopped by the department’s station on Saturday with several family members, asked for and received an attorney, and then sped off in a vehicle without revealing anything about his encounter with 18-year-old Graham. The student was last seen in the early morning on Sept. 13 in Charlottesville.

Police sought to question Matthew after seeing him walking with Graham on a surveillance tape the night she disappeared.

“He really didn’t share any information with us,” Longo told Fox News. “There was discussion conversation – cordial discussion – between him and the investigator, but nothing with respect to Hannah or any encounters he had with Hannah, any words that were exchanged or any time that he spent with her. Really no information whatsoever.

"We knew no more about Hannah’s disappearance than we did the second he walked into the door,” Longo added.

At the time, Longo said Matthew was free to walk out the station’s door and police had no probable cause to arrest him. But now, Matthew is being sought on arrest warrants charging him with misdemeanor reckless driving.

“Investigators believe that Jesse was the last person to see Hannah before she disappeared,” Longo said. “And look, Jesse, if you weren’t, then come forward and tell us that. If you parted ways with her, tell us that.”

Longo told The Associated Press that Matthew left the station in a vehicle, driving at a high rate of speed that endangered other drivers. He said Matthew was at the police station for about an hour.

A Virginia State Police spokeswoman said in an email late Sunday that State Police officers were conducing "surveillance" of the vehicle at the time, but did not pursue Matthew.

Police said they have focused on Graham's movements the night of Sept. 12 and into the early morning hours of Sept. 13. Graham, a sophomore from northern Virginia, met friends at a restaurant for dinner, stopped by two parties at off-campus housing units and left the second party alone, police have said.

"Somebody's gotta know where she is and we want to know who that person or persons are," Longo said.

Graham's parents appeared at the news conference and her father, John Graham, appealed for anyone with any information to call a police tip line.

More than 1,000 volunteers participated in a weekend search for Hannah Graham, according to authorities.

Graham's disappearance has sent a ripple of fear through the quiet college town of Charlottesville. Students have said they've begun walking in pairs at night and are paying closer attention to their surroundings.

At least three other young women have disappeared in the area in the last five years, though police have said they do not think Graham's disappearance is linked to that of any of the other missing women.

The university president, Teresa A. Sullivan, issued a statement Sunday saying the university was committed to helping authorities in the search for the missing woman and "return her safely to her family."

"We are cooperating fully with law enforcement authorities as they continue their investigation," the emailed statement said.