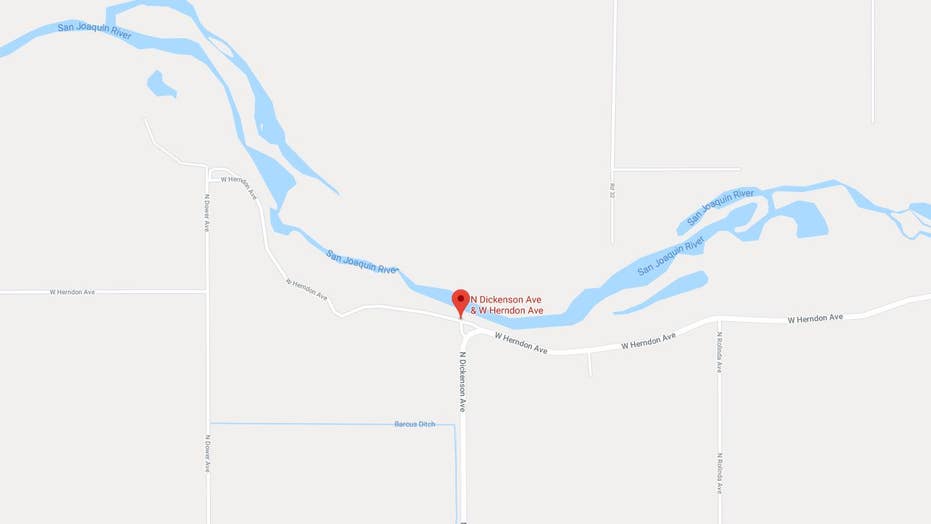 A California driver fleeing from police died after launching his Mercedes-Benz sedan over the San Joaquin River at nearly 100 miles per hour, according to multiple reports.

The car flew roughly 330 feet across the river, stunning local police. As the silver Mercedes descended, it took the tops off trees and then crashed and rolled into an upright position, witnesses said.

David Callahan, 58, was killed on impact, the outlet said. He was the only person in the vehicle.

Before the fatal crash, Callahan was reportedly being pursued by Fresno police around 8:30 a.m., failing to pull over after they noticed his swerving car -- which almost struck a patrol car, the outlet said. CHP said an incident at his home may have prompted his agitated mental state.

"They were able to find that some issues were going on at the house that may have contributed to him leaving erratically from his residence," Salas told the station.

Last July, Fresno police were called to his family's residence after Callahan's wife said he was using drugs and pushed her, according to the outlet.

A witness near the incident said Callahan made a U-turn before sending his vehicle airborne.

“Like at 100 miles per hour, he cleared the whole damn river," Bryan Zollars told Fresno's KSEE-TV.

Friends of the victim told KFSN they were "confused as to why he did what he did," adding that Callahan was a generous person.

“What may have been going through his mind to drive this fast?” CHP Officer Matt Zulim asked, according to the outlet. “And to do what he did in his car today. ... He jumped the San Joaquin River. It’s an absolute tragedy. You never want to see someone die — especially in this fashion.”

An investigation by the CHP is ongoing.