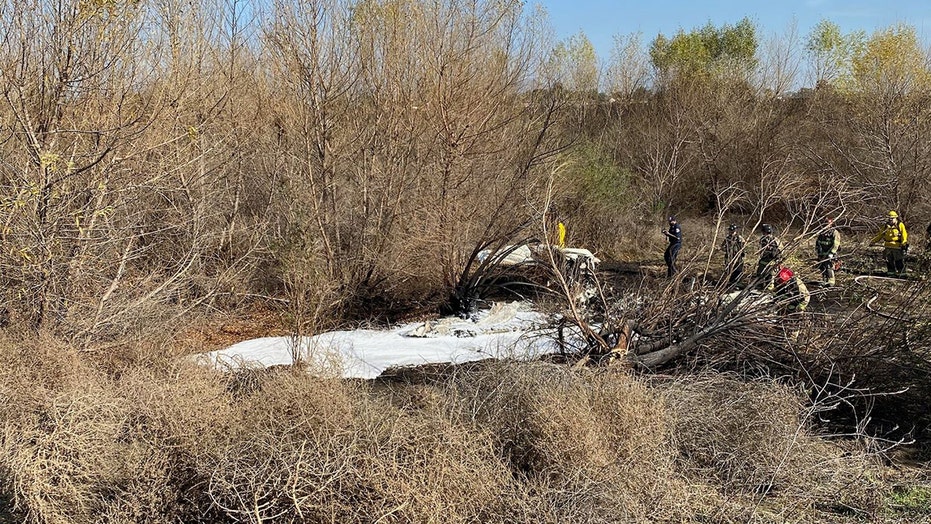 Four people died Wednesday when a small plane crashed at a Southern California airport, according to the Corona Fire Department.

The plane went down at Corona Municipal Airport, about 40 miles east of Los Angeles. All occupants of the plane were killed.

Firefighters found the plane burning in brush on the east side of the airport, near one edge of the runway, around 12:11 p.m. PT.

Officials said a fire burned roughly one-quarter of an acre and has since been contained.

The circumstances of the crash are unknown, and the Federal Aviation Administration (FAA) and National Transportation Safety Board (NTSB) will investigate, according to FAA spokesman Ian Gregor.

The recreational airport was closed to flights after the crash.