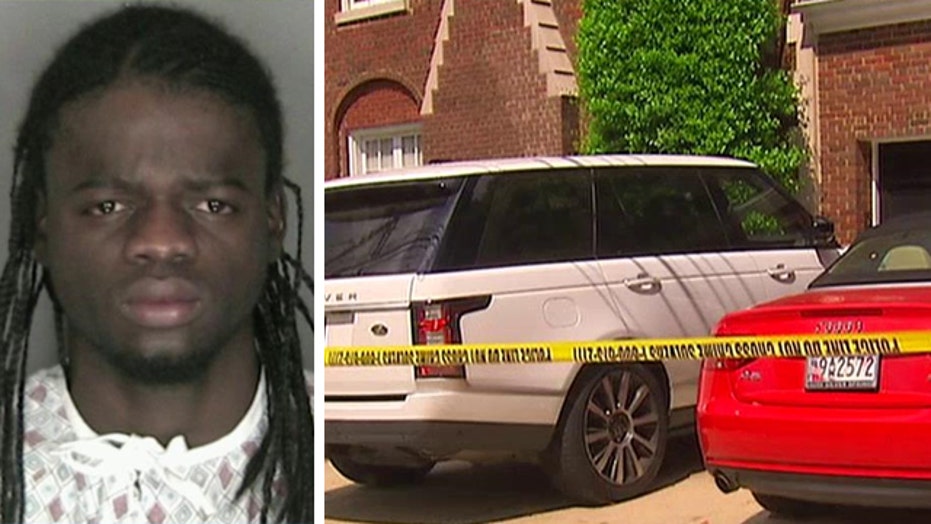 Daron Wint charged with murder in killings of family and housekeeper

WASHINGTON – An ex-convict who was arrested last May in a case involving the deaths of three family members and their housekeeper inside a northwest Washington mansion was indicted Wednesday on 20 felony charges including murder, kidnapping, extortion and arson.

The other charges include kidnapping, burglary, extortion, arson and theft. Prosecutors said the grand jury charged Wint with "aggravating circumstances," including a finding that the murders were especially heinous, atrocious or cruel. He faces possible life imprisonment as a result of the charges.

Wint, a resident of Lanham, Maryland, was arrested a week after a May 14 fire at a $3 million mansion that led authorities to the crime scene.

Authorities who were called to the home for a report of fire found business executive Savvas Savopoulos, his wife Amy and their 10-year-old son Philip dead inside the house. Their housekeeper Veralicia Figueroa was also found unconscious and with injuries, and she was taken to a hospital where she died.

The four were held captive inside the home for at least 18 hours while they arranged for $40,000 in cash to be dropped off at the home for their captors, authorities say. After the money was delivered, all four were killed, court documents said.

Wint, a welder who once worked for Savvas Savopoulos' company, American Iron Works, was linked to the crime scene by DNA, according documents previous filed in the case. His DNA was found on the crust of a partially-eaten slice of pepperoni pizza in a pizza box in the home near where the three adults were found, the documents said. The pizza was one of two ordered by Amy Savopoulos the night of May 13 while the group was "being held against their will," the documents said.

Authorities said in a previous court document that they believed the killings "required the presence and assistance of more than one person" but no one else has been charged. Prosecutors said in their statement Wednesday that the investigation into the murders is continuing.

Wint was initially charged in only the death of Savvas Savopoulos.