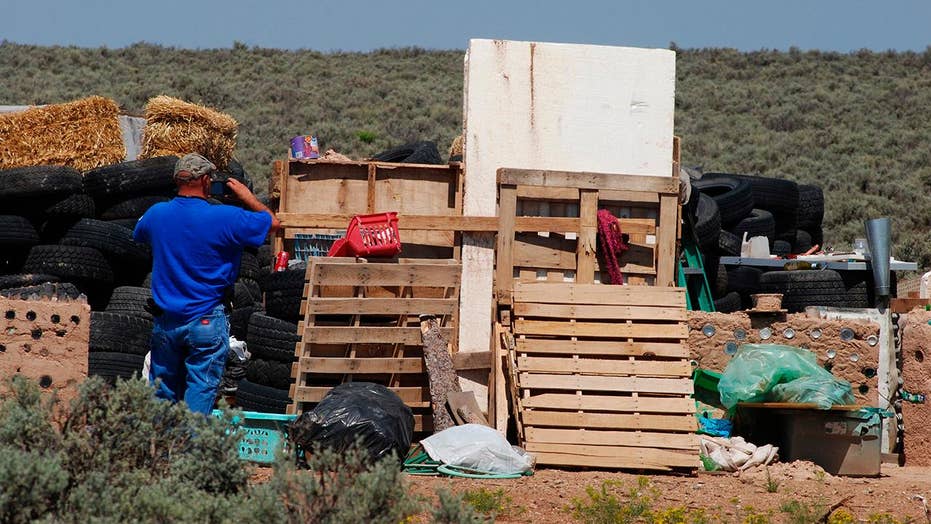 Children at compound were being trained for school attacks

The father of a missing 3-year-old who was arrested at a New Mexico compound linked to "extremist Muslims" last week was training children to commit school shootings, court documents filed on Wednesday revealed.

Prosecutors allege Siraj Ibn Wahhaj, 39, was conducting weapons training on the compound, where 11 children were found hungry and living in squalor. They asked Wahhaj, who appeared in court on Wednesday, be held without bail.

Wahhaj is the son of a Brooklyn imam, also named Siraj Wahhaj, who was named by prosecutors as an unindicted co-conspirator in the 1993 World Trade Center bombing, the New York Post reported.

Authorities raided the compound on Friday after a monthslong search investigating the disappearance of Abdul-ghani Wahhaj, a boy with severe medical issues who went missing from Georgia in December.

On Monday, a child's remains were found on the property, but authorities were working on a positive identification and did not confirm if the remains were that of the missing boy.

Lucas Morton, Jany Leveille, 35, Hujrah Wahhaj, 38, and Subhannah Wahhaj, 35, were also arrested on the property on Friday and all face child abuse charges.

From the left, Subhannah Wahhaj, Jany Leveille and Hujrah Wahhaj were arrested on Friday. They are the mothers of the 11 malnourished children. (Taos County Sheriff's Office)

The makeshift compound — located near the Colorado border — was found shielded by old tires, wooden pallets and other debris. Upon authorities' arrival, Wahhaj was "heavily armed with an AR15 rifle, five loaded 30 round magazines, and four loaded pistols, including one in his pocket when he was taken down," Taos County Sheriff Jerry Hogrefe said.

The sheriff said the children, ages 1 to 15, "looked like third world country refugees not only with no food or fresh water, but with no shoes, personal hygiene and basically dirty rags for clothing.”

11 children rescued from heavily-armed compound built out of garbage.

The only food investigators found were some potatoes and a box of rice inside a dirty trailer, the sheriff said, adding that the living conditions were “the ugliest looking, filthiest” he’s ever seen.

Hogrefe previously said the occupants of the compound were "most likely heavily armed and considered extremist of the Muslim belief."

In a warrant made public on Monday, Wahhaj told the missing boy's mother that he wanted to perform an "exorcism" on his then-3-year-old son because he was "possessed by the devil." The missing child reportedly suffered from seizures and couldn't walk.

The makeshift compound — located near the Colorado border — was found shielded by old tires, wooden pallets and other debris. (AP Photo)

Wahhaj’s family background was already controversial prior to his arrest.

In addition to his father reportedly being named by prosecutors as an unindicted co-conspirator in the 1993 bombing, the elder Wahhaj, who heads Masjid At-Taqwa mosque, was a character witness in the trial for Sheik Omar Abdel Rahman, the notorious “blind sheikh” who was convicted in 1995 of plotting terror attacks in the U.S.