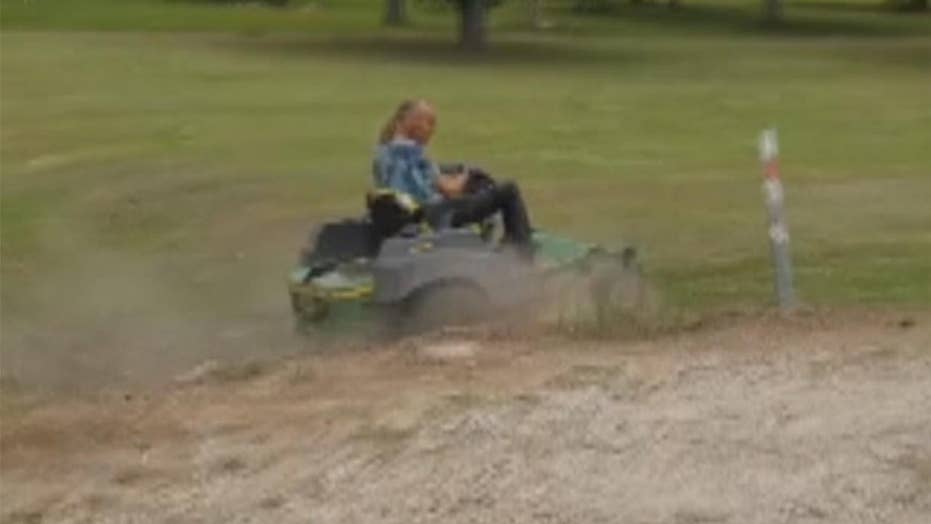 Texas man faces felony charges after he allegedly used his John Deere lawnmower as a weapon and injured a nine-year-old girl and her mother.

A Texas man was arrested after he allegedly used his lawnmower to hurl rocks at three people, including a 9-year-old girl, and then told police he would do it all again if he had the chance.

Johnny Manning was arrested after he alleged used his riding lawnmower as a weapon to pelt his roommate, her ex-husband and her daughter with rocks outside his Santa Fe home on Saturday. The 72-year-old was charged with injury to a child with intentional bodily injury and criminal mischief, FOX26 reported.

According to reports, the dispute began when Manning was attempting to kick out his roommate, Angela Fontenot, out of his home. Fontenot’s ex-husband, Chris, was dropping Fontenot and their daughter off at Manning’s home at the time.

Manning told the news station he had kicked Fontenot out of him house a few weeks ago – something she denied.

"I said, 'Put them back in the car and take them back where you got them, your house,'" Manning said. "I motioned to him [Chris] like that, I told him 'get out of my driveway.’”

Manning claimed Chris Fontenot challenged him to a fist fight after backing his vehicle out of the driveway.

A probable cause affidavit stated that Manning then got on his riding mower, drove it to the end of a gravel driveway and began spinning the machine around to send rocks flying toward the SUV.

"He just came full blown speed right at us with a John Deere lawnmower with the blades to the ground," Chris Fontenot said. "One rock came through my window, landed in my chest."

"I just saw nothing but a big old poof of air and rocks and it splattered me and hit me in my face," Angela Fontenot told FOX26.

The rocks shattered two windows, left dents and scratches on the vehicle. Angela Fontenot and her daughter were also injured by flying rocks pelting them in their faces, the report stated.

Manning later admitted to police for launching the rock attack, saying he “would do so again if he had the chance,” the report stated. Manning also told FOX26 he does regret hitting the 9-year-old.

Chris Fontenot also told police Manning “does not like him.”