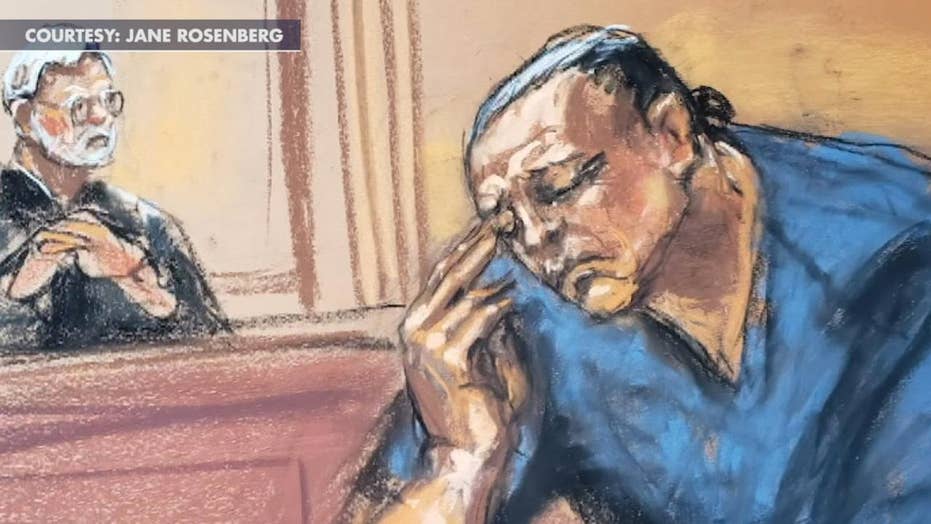 Sayoc takes responsibility for mailing pipe bombs to more than a dozen critics of President Trump in October 2018.

Cesar Sayoc, the Florida man who pleaded guilty to mailing non-working bombs to several prominent Democrats, says in two letters to a judge -- made public last week -- that the explosive devices he sent were never meant to explode and he never intended to hurt anyone.

The letters from the former male stripper could throw into doubt his March 22 guilty plea to sending the bombs last October. During the plea allocution, Sayoc admitted the devices he sent were capable of exploding and causing injury. His sentencing is in September and he faces up to life in prison.

But in a letter dated March 23 -- the day after the plea hearing -- Sayoc told Manhattan Federal Court Judge Jed Rakoff that “under no circumstances my intent was to harm or hurt anyone.”

He added: “The intention was only to intimidate and scare,” he added. "I quote under sound circumstance and in my own words, ‘Know what started out as a hoax, decoys, devices were not ever meant to work or could have worked, hurt or harm anyone. I am forever sincerely in remorse and sorry with all my heart.’”

Rakoff made the letter public Tuesday.

In another letter dated April 1, Sayoc told the judge he was “freaked out overwhelmed nervious (sic) with anxiety” when he pleaded guilty.

“I was not aware of risk,” he said, referring to the devices. “The fireworks was a sparkler and not capable of exploding. I am not a chemist or scientist.”

The second letter was made public Friday.

At the time of his arrest, Sayoc had been living in a van plastered with stickers of President Trump and images of Trump opponents with crosshairs over their faces.

Prosecutors and defense lawyers have not commented, the Associated Press reported.

Rakoff has told both sides he wants to discuss the matter with them at an April 15 hearing.