Los Angeles Mayor Karen Bass, who was sworn into office on Sunday afternoon, announced her first action in the role on Monday morning will be to declare a state of emergency on homelessness.

The newly appointed mayor said there are over 40,000 homeless people in the City of Angels, and the declaration will recognize the issue of homelessness as a crisis.

"Los Angeles has called me to serve at an inflection point in our history," Bass said, explaining that the country just went through a pandemic, inflation and the cost of living is rising, and 40,000 people are sleeping in the streets. "No matter what, we never give up. We have never given up and that’s our LA magic."

According to Bass, far too many Angelinos do not have any other choice but to crowd multiple families into homes.

Many people are struggling to pay their bills and cover car repairs. Oftentimes, the mayor said, many people get pushed into a crisis that can include addiction, then lose their homes.

For the last three weeks, Bass has been working through the transition into office with Mayor Eric Garcetti.

Part of that transition has included calling on city council members, the city attorney, comptroller, and others to unify and react with urgency to solve the issue of homelessness.

"We have already started," Bass said, throwing out the request for everyone to lock arms with her as she takes on this task. "You elected me to lead and lead I will do."

Bass was sworn in as the 43rd mayor of Los Angeles, also becoming the first woman, and second black person to ever serve in that role.

Vice President Kamala Harris, who did not give a speech during the ceremony, swore Bass into office.

Also in attendance were musicians like the contemporary gospel duo Mary Mary and Stevie Wonder, who sang, "Living for the City," and National Youth Poet Laureate Amanda Gorman, who read a poem. 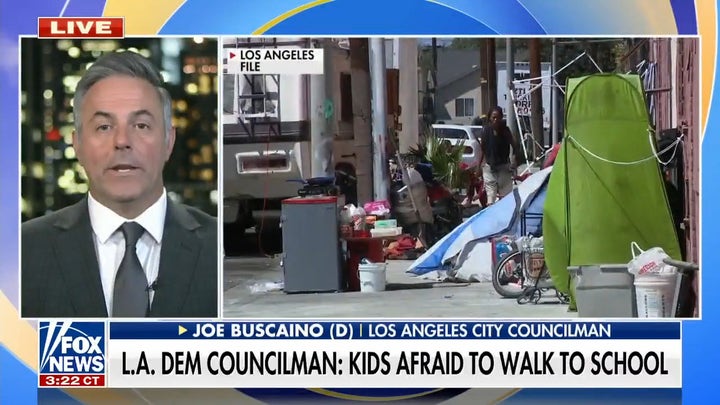