The number of homeless people across Los Angeles County increased over the past two years, according to the results of a recent count.

The Los Angeles Homeless Services Authority on Thursday released figures from its point-in-time count, which showed a 4.1% increase in unhoused people since early 202 before the COVID-19 pandemic. In the city of Los Angeles, 41,980 people were classified as being homeless, while countywide, 69,144 homeless were counted.

"While it is too soon to know what this year’s count results will mean long-term, the numbers are suggesting there is a flattening of the curve that is driven by the necessary and effective economic programs that helped keep people in their homes throughout the pandemic," said Kristina Dixon, Acting Co-Executive Director at LAHSA.

Homeless encampments block the street on an overpass of the Hollywood freeway in Los Angeles. Results released Thursday from a recent count revealed a slight increase in homelessness in Los Angeles County. (AP Photo/Damian Dovarganes, File)

The count took place from Feb. 22 - 24 after a one-month delay because of a surge in COVID-19 cases fueled by the Delta and Omicron variants. It was the first count since 2020 after last year's event was canceled amid restrictions and stay-at-home orders.

The takeaway from the count reveals that homelessness is increasing but at a slower pace, the LAHSA said. It also noted an increase in tents and makeshift shelters on the streets and sidewalks but with fewer people in them, officials said.

Homelessness has become a pressing issue in and around Los Angeles as local leaders continue to feel pressure to address the matter amid increasing housing costs.

In 2020, homelessness in the county increased by more than 12% over the previous year while the city of Los Angeles experienced a 14% jump in unsheltered people in that same time frame. 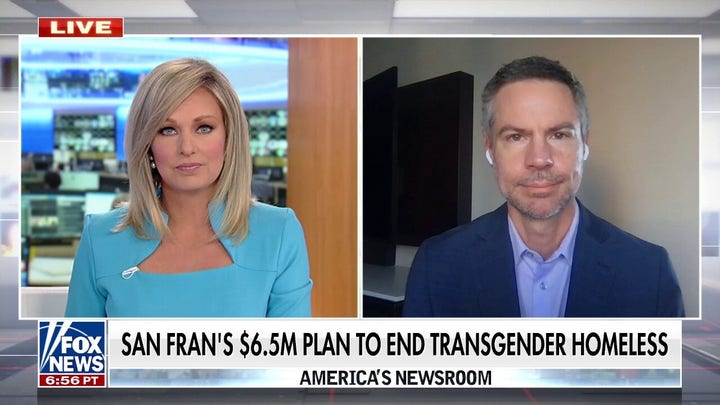 In a statement about the results, county Supervisor Hilda Solis said she was concerned about the number of Latinos experiencing homelessness.

"Last year, I authored a motion to increase support for undocumented individuals and immigrants experiencing homelessness, and I am working with LAHSA on the findings from that report," she said. "It is imperative that the County better understand and address the root causes that are driving increases in Latino homelessness."