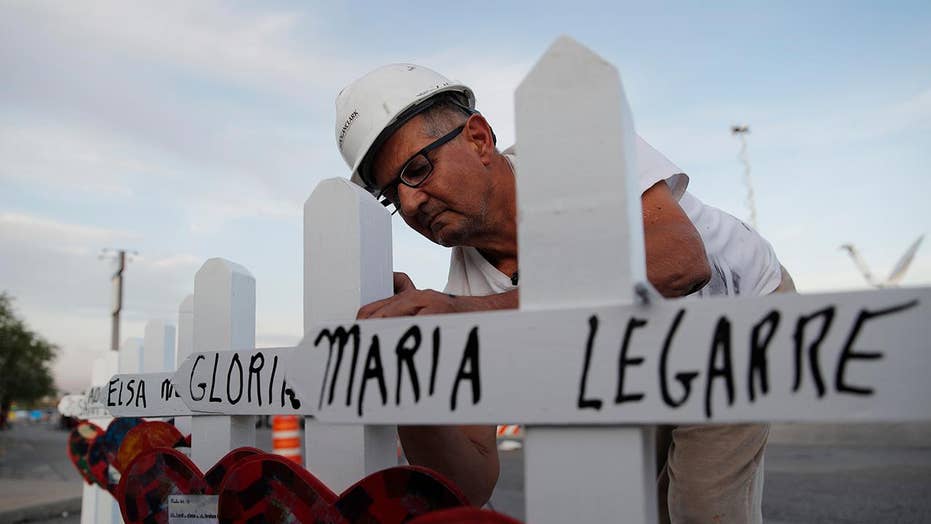 An Illinois man who showed up at mass shooting scenes with home-made wooden crosses to honor the victims has died after a battle with cancer.

Greg Zanis was 69 when he died Monday in Aurora, where he lived, according to reports. The retired carpenter had been diagnosed with bladder cancer.

Three days ago, Zanis waved good-bye to friends and well-wishers who passed by his home in a coronavirus drive-by procession organized by his daughter, Susie Zanis, WGN-TV reported.

Aurora Mayor Richard Irvin said Monday that Zanis was a giant among men, according to Fox 32 Chicago.

“He was a man of action who simply wanted to honor the lives of others," he said. "In return, his life was one of honor and one that was celebrated throughout our nation and world.

"Heeding to the scripture 'pick up your cross and follow me,' Mr. Greg Zanis did just that. He picked up the crosses he made and followed his mission in the noblest of ways,” the mayor added. “His legacy shall forever be remembered in his hometown of Aurora and around the globe."

AURORA MAN KNOWN FOR WHITE MEMORIAL CROSSES MAKES 5 FOR HIS HOMETOWN: 'TOUGHEST...I'VE EVER MADE'

Zanis started making the crosses after his father-in-law was murdered in 1996.

He has also honored victims of Chicago gun violence, hurricanes, wildfires and other natural disasters.

He visited El Paso, Texas, and Dayton, Ohio, in August after mass shootings in those two cities.

"I just feel it’s so important to be here for the families," Zanis said in El Paso.