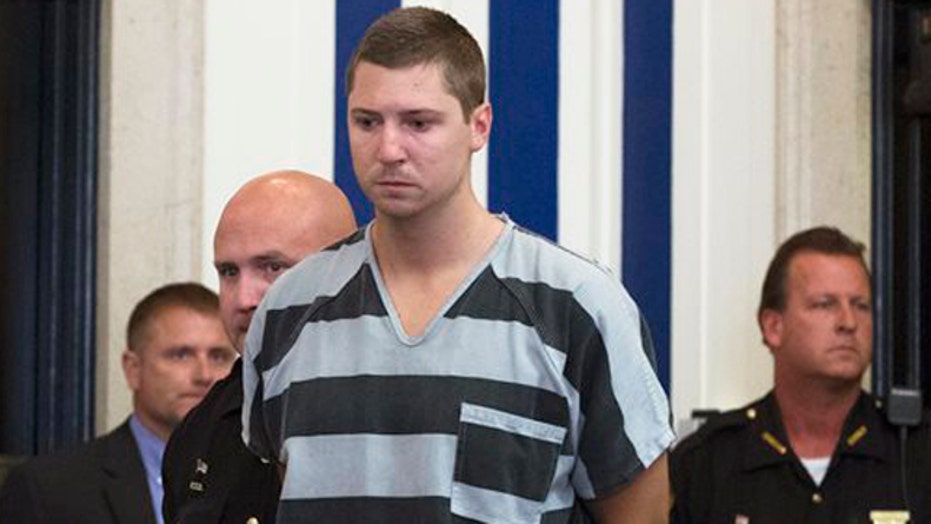 Prosecutor: Campus cop 'was not dragged,' is 'a murderer'

The University of Cincinnati police officer who shot and killed an unarmed black man during a traffic stop that was captured by a body camera video “feared for his life,” according to the cop’s attorney.

Stewart Mathews, who is representing officer Ray Tensing, who is white, said his client fired at Samuel DuBose because he believed he was going to be dragged under DuBose’s car and did not intend to kill DuBose. Tensing pled not guilty to a murder charge and faces up to life in prison if convicted.

Mathews said a video from the body camera of a police officer who arrived right after the shooting shows Tensing lying in the street after he had gotten free of the car, but that video hasn't been released by authorities.

"With the political climate in this country with white police officers shooting black individuals, I think they need somebody to make an example of," Mathews said.

Tensing, 25, who was jailed Wednesday and has a court appearance scheduled Thursday, was fired soon after the indictment was announced. He had been with the University of Cincinnati for more than a year after starting police work in 2011 in a Cincinnati suburb. He also had earned a UC degree in criminal justice.

The family of Samuel DuBose, 43, urged the community to remain calm, as it has in a series of demonstrations since the July 19 shooting. Tensing had stopped DuBose for a missing front license plate, which is required in Ohio but not in neighboring states.

DuBose's death comes amid months of national scrutiny of police dealings with African-Americans, especially those killed by officers. Authorities so far have not focused on race in the death of DuBose. City officials who viewed video footage released from Tensing's body camera said the traffic stop shouldn't have led to a shooting.

"This officer was wrong," Cincinnati Police Chief Jeffrey Blackwell said, adding that officers "have to be held accountable" when they're in the wrong.

Hamilton County Prosecutor Joe Deters scoffed at Tensing's claim that he was dragged by DuBose's car, saying the officer "purposely killed him." Using words such as "asinine" and "senseless," the veteran prosecutor known for tough stands on urban crime called it "a chicken crap" traffic stop.

"It was so unnecessary," Deters said. He added that Tensing "should never have been a police officer."

Mayor John Cranley said the way officials have handled the case could help make Cincinnati a national model for "the pursuit of justice."

But Emmanuel Gray, an organizer with the activist group Black Lives Matter, said at a rally Wednesday evening that the body camera video made the difference in how the case was handled.

"If there was no camera at that scene, the media and everybody would have taken the word of Tensing and the other officers," he said.

Authorities have said Tensing noticed the car driven by DuBose didn't have a front license plate. They say Tensing stopped the car and a struggle ensued after DuBose failed to provide a driver's license and refused to get out of the car.

"I didn't even do nothing," DuBose can be heard telling Tensing. DuBose held up what appears to be a bottle of gin.

Tensing fired once, striking DuBose in the head.

Aubrey DuBose, the victim's brother, called the shooting "senseless" and "unprovoked." He said news of the indictment was "awesome."

He said the family is upset but wants any reaction to the case to be nonviolent and done in a way that honors his brother's style.

"Sam was peaceful," he said. "He lived peaceful. And in his death, we want to remain peaceful. Like my mom said, let God fight the battle. I'm a lifetime Cincinnatian. I remember 2001. We don't want none of that."

In the aftermath of the riots, the city increased police training and citizen feedback, revised policies to reduce use of deadly force and focused on community-oriented policing under a collaborative agreement hammered out with the police union and American Civil Liberties Union.

U.S. Attorney General Loretta Lynch said during a May visit that Cincinnati's reforms could be a model for other cities dealing with the issue of community-police relations. Violent protests have followed the deaths of unarmed blacks in Ferguson, Missouri; Baltimore and other cities in the past year.

The Wednesday evening rally drew a large crowd outside a Cincinnati courthouse. It appeared peaceful with some holding up signs calling for justice for DuBose. One man on a bullhorn stressed, "We're not going to riot."