Jeffrey Epstein had sex with an 18-year-old woman inside the headquarters of a nonprofit while on work release from Florida jail -- as plainclothed sheriff's deputies stood guard outside -- one of three new lawsuits filed Tuesday in New York against the late financier's estate alleges.

A woman identified only as Kaitlyn Doe claims she flew to West Palm Beach, Fla., in October 2008 shortly after her 18th birthday to work for Epstein’s new nonprofit, the Florida Science Foundation.

Once she arrived, she was allegedly coerced into performing sex acts for Epstein, sometimes alone and sometimes with another young woman, inside the offices of the non-profit, all while he was on work release, the lawsuit says.

“Jeffrey Epstein, through his brazen and powerful organization, was quite literally able to commit federal sex trafficking offenses at his work release office, during his jail sentence,” according to the lawsuit.

“Jeffrey Epstein, through his brazen and powerful organization, was quite literally able to commit federal sex trafficking offenses at his work release office, during his jail sentence.”

At the time, Epstein was serving an 18-month prison sentence at the Palm Beach County Jail after pleading guilty to state prostitution charges. As part of the plea agreement, Epstein also registered as a sex offender and paid victims financial settlements, the Sun Sentinel of South Florida reported.

About three months into his sentence, Epstein was granted permission from Palm Beach Sheriff Ric Bradshaw to leave jail for up to 12 hours a day, six days a week on work release at his nonprofit, the Palm Beach Post reported. Epstein paid off-duty Palm Beach sheriff’s deputies dressed in suits to stand guard outside the office while he was inside.

The deputies were supposed to take detailed logs of who entered and exited the office while Epstein was there. Those records were destroyed years after Epstein finished his sentence as per Florida public record laws, the Palm Beach Post reported. 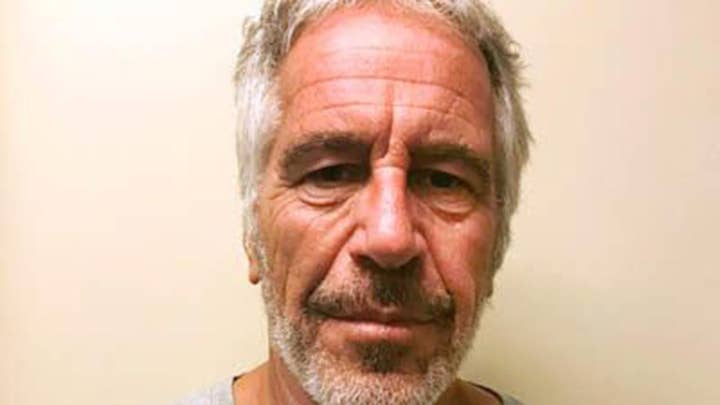 The Florida Science Foundation was created about seven months before Epstein accepted his plea deal and was dissolved two months after his sentence ended.

Florida Gov. Ron DeSantis has ordered a state investigation to be conducted by the Florida Department of Law Enforcement into the Palm Beach County Sheriff’s Office and its handling of Epstein's work release. The sheriff's office is not named as a defendant in Kaitlyn Doe's suit.

Kaitlyn Doe claims she first met Epstein in New York City when she was 17 and suffering from an eating disorder as well as other medical ailments. Epstein allegedly promised to pay for “expensive necessary surgeries” to treat her, the Miami Herald reported.

The lawsuit also alleges Epstein forced Kaitlyn to marry another woman so that that woman could remain in the United States even though she was not a U.S. citizen. That woman allegedly helped recruit young women for Epstein to have sex with.