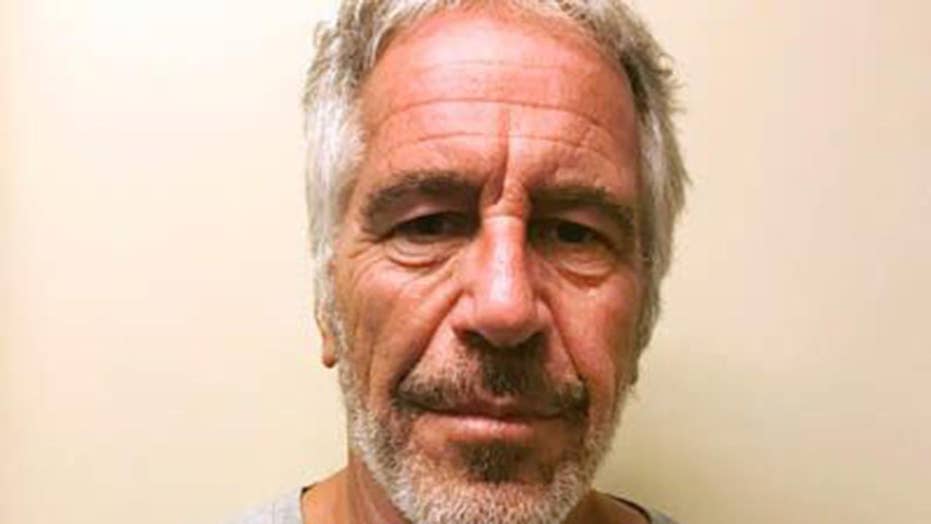 Three additional women who claim to be victims of the alleged sex trafficker Jeffrey Epstein filed lawsuits against the late ex-convict's estate Tuesday — with one of the women alleging she was introduced to Britain's Prince Andrew the first time she stepped inside Epstein's Manhattan mansion.

The lawsuits in Manhattan federal court were filed Tuesday on behalf of the three women, who remained anonymous and are seeking unspecified damages.

According to the lawsuits, two of the women claim they were 17 and the third woman 20 years old when they were sexually assaulted by Epstein. All three said they were also coerced into giving Epstein sexual massages.

In one lawsuit filed by "Lisa Doe," the plaintiff claims an Epstein associate hired the then-17-year-old "to teach a dance-based exercise class" at Epstein's Manhattan townhouse in 2002.

He told her he would give her "top of the line" dancing attire and allegedly required the teenager to "engage in various sexually charged stretching activities." Epstein "did not allow her to teach the exercise dance class that she had prepared to teach," according to the lawsuit.

In the lawsuit, "Lisa Doe" also claims Epstein told her of his "extraordinary resources and connections to the most powerful people in the world" before introducing her to a man named in the lawsuit as "Prince," who was visiting the Epstein home as "a close personal friend."

Attorney for Epstein accusers on what's next after his death

Attorney Stan Pottinger, who represents 20 Jeffrey Epstein accusers, speaks out on 'America's Newsroom' on how he and his clients are moving forward after the disgraced financier's death.

While the lawsuit does not specifically name "Prince" as Prince Andrew, it refers to the man as a "royal family member."

"Prince engaged in conversation with Jeffrey Epstein and Plaintiff, who was shocked that someone as powerful as a royal family member would be engaging in small talk with her," the lawsuit states, in part.

After the initial encounter, "Lisa Doe" claims Epstein allegedly solicited massages, "used a sex toy on her, forcibly" until ultimately demanding that she "go to her dance studio and find other dancers."

Epstein, 66, hanged himself in his cell at the Metropolitan Correctional Center Aug. 10 while awaiting trial on charges of underage sex trafficking and conspiracy, the New York City medical examiner said in a report released Friday. The autopsy's official results followed a week of speculation about the shocking death at the federal facility in Lower Manhattan. Epstein had pleaded not guilty to the latest charges and was being held without bail at the time of his death.

In the wake of the suicide, allegations about the Duke of York's relationship with Epstein have reemerged, including accusations made by Virginia Giuffre, who claims Epstein paid her to have sex with the prince nearly two decades ago, when she was 17.

In a statement released Monday, Buckingham Palace said Andrew was "appalled by the recent reports of Jeffrey Epstein’s alleged crimes."

“His Royal Highness deplores the exploitation of any human being and the suggestion he would condone, participate in or encourage any such behavior is abhorrent,” the Palace said.

The statement was released after the Mail on Sunday newspaper obtained a Dec. 6, 2010 video appearing to show Andrew inside Epstein's opulent Manhattan home and waving goodbye to a young woman.

On Tuesday, the Sydney Morning Herald reported the woman seen in the footage had a “striking resemblance” to Katherine Keating, the daughter of former Australian prime minister Paul Keating. The politician’s secretary told the Daily Mail he was “aware of what the inquiry was about, but he would not be making a comment.”

Buckingham Palace has previously denied allegations involving the prince, saying Andrew was not a party to the U.S. proceedings in which his name had appeared and denied any illegality had occurred.

“Any suggestion of impropriety with underage minors is categorically untrue," the palace said in a previously released statement.