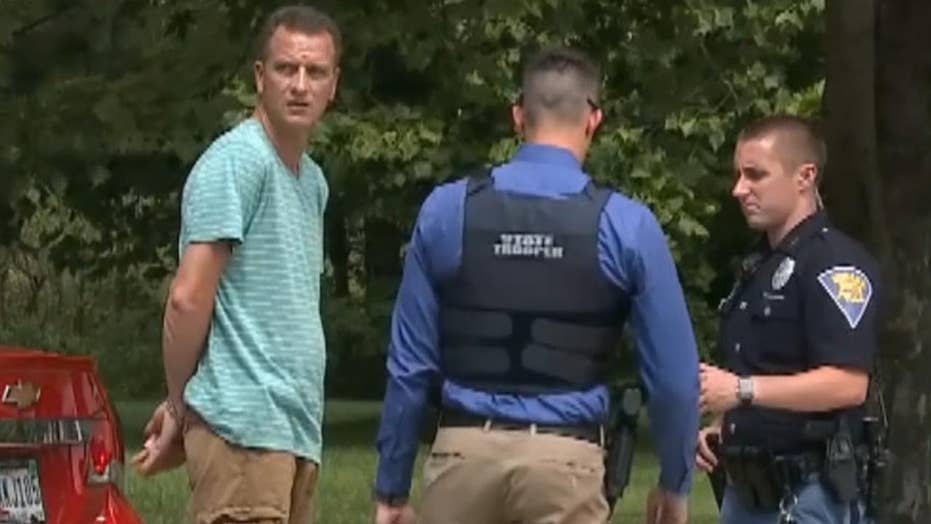 Investigators in Indiana say Jason Howard replaced vials of fentanyl meant for trauma victims with saline and would use the medication on himself.

Authorities in Indiana arrested a man on Monday who allegedly pilfered the drug fentanyl in several counties while working as a paramedic.

Jason Howard, 41, of Fishers was taken into custody following the result of a probe that kicked off more than a month ago, Fox 59 reported.

Authorities began looking into the matter at the end of May when Greenwood City fire officials reportedly realized that someone had altered containers of fentanyl that were stored in two ambulances.

An examination of the medical vehicles belonging to Seals Ambulance Service across the state showed that nearly three dozen batches of the drug had been tampered with over the course of several months in multiple counties, Fox 59 reported.

"During the course of this investigation detectives found that at least 34 vials of Fentanyl were allegedly taken from various fire departments in five counties," Indiana State Police said in a statement.

Police vowed to continue their investigation to prevent others from wrongfully obtaining fentanyl.

“When this case was given to the Indiana State Police, and we started uncovering the facts, it became very alarming to us,” Indiana State Police Sgt. John Perrine told the outlet. “Regardless of who the suspect is, we're going to investigate it to the fullest and carry out the investigation so that we can prevent this from getting into the wrong hands.”

Authorities were reportedly able to trace the thefts back to Howard by using the company’s schedule.

Indiana State Police said Howard told authorities he would withdraw the drug and swap out its contents with saline, according to Fox 59. Police said the stolen fentanyl was for personal use and Howard would administer to himself for a mass on his side.

Perrine told the outlet that this fentanyl is intended to be used during “an emergency situation by emergency personnel.” In this instance, however, “those protocols were broken,” he said.

In a statement to Fox 59, Seals said Howard did not work for the company anymore and they “encouraged him to seek help for his addiction.”

“Last month, Seals Ambulance’s internal audit and security procedures uncovered a possible drug diversion within its operations,” the statement said. “Based upon internal investigation, the company identified the individual responsible.”

Howard was taken to Hancock County Jail on charges of felony narcotics possession and misdemeanor theft.