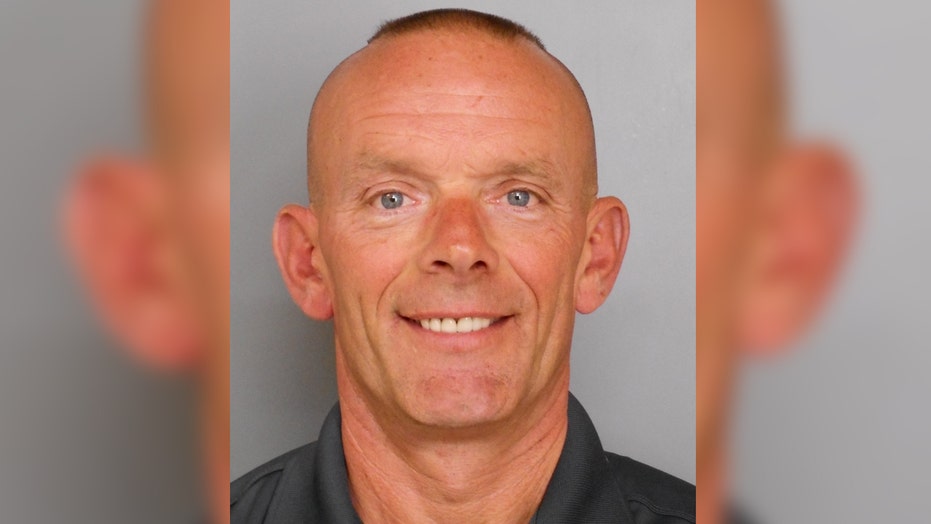 Officer Joe Gliniewicz was under investigation for embezzlement

An Illinois police officer whose shooting death in September led to a massive manhunt committed suicide due to personal and professional pressures, investigators announced during a Wednesday morning news conference.

Filenko said the investigation "strongly indicates criminal activity on the part of at least two other individuals," though those charges weren't more fully explained.

Gliniewicz, 52, radioed on Sept. 1 that he was chasing three suspicious men on foot. Backup officers later found his body 50 yards from his squad car.

He was struck by two rounds, one that hit his ballistic vest with the force of a "sledgehammer" and another that pierced his upper chest, killing him.

Gliniewicz left a trail of items – pepper spray, expandable baton, a pair of glasses – before he ultimately shot himself twice near a swampy area. Lake County Coroner Dr. Thomas Rudd said Wednesday that Gliniewicz was likely alive for a minute or two after firing the shot that killed him because the bullet entered into his artery and not his heart.

Gliniewicz’s gun was discovered by responding officers about 2 ½ feet above his head, Filenko said, but the weapon was not recovered until nearly two hours after the officer’s death due to the overgrown grassy terrain.

“Unless you literally walked up on to the weapon you wouldn’t find it,” Filenko said. Authorities didn’t announce until October that the officer was shot with his own weapon.

After Gliniewicz's shooting, a massive manhunt ensued, with hundreds of officers searching houses, cabins and even boats on a chain of area lakes. Authorities released a vague description of three suspects, though no one was ever arrested.

More than 100 investigators stayed on the case for weeks, reviewing more than 6,500 deleted text messages from Gliniewicz, 30,000 telephone numbers, 40,000 emails and thousands of pages of financial records. Additionally, 250 pieces of evidence were submitted to local and federal crime labs.

Investigators conceded they could not rule out suicide or an accident in mid-September, following persistent questioning from the media.

Authorities working the case said Wednesday they did not find “any signs of trauma to the hands or anything that would indicate there was a struggle physically.” Gliniewicz’s uniform was “generally not disheveled,” as it would have been were there a struggle. Rudd said Wednesday he did find numerous contusions to Gliniewicz’s head, however, likely sustained when Gliniewicz fell backward following the first shot and then forward after the second shot.

Filenko said investigators “succinctly began to conclude” that Gliniewicz committed suicide within the last week and a half.

Gliniewicz's family had dismissed the suggestion of suicide. His son D.J. Gliniewicz said his father "never once" thought of taking his own life, and he described how his dad spoke excitedly about what he planned to do after retiring. Gliniewicz had four children.

Flags flew at half-staff in honor of the 30-year police veteran after the shooting in Fox Lake, a close-knit community of 10,000 residents located about 50 miles north of Chicago. Signs with the officer's picture hung in storefront windows.

During the generally testy news conference Wednesday, Filenko was pressed several times on if he intentionally misled reporters and community members, or if he had any regrets about the investigation in general.

“I don’t see where we would owe the public an apology trying to do due diligence and conduct a thorough and factual investigation,” he said.

But Filenko did reflect on one area of “embarrassment.”

“This is the first time as a law enforcement officer in my career that I felt ashamed by the acts of another police officer,” he said.

Gliniewicz, a tattooed officer with a shaved head, was described by those who knew him as tough when needed, but also as sweet and a role model to youngsters aspiring to go into law enforcement. He had also served in the U.S. Army and was affectionately known as "G.I. Joe."

Investigators submitted Gliniewicz’s cellphone to Quantico for analysis, which took a “substantial period of time,” but officials eventually recovered thousands of deleted text messages that incriminated Gliniewicz. Fox Lake had begun conducting an internal audit, and Gliniewicz was apparently convinced his illicit activities would be uncovered.

The stress on Gliniewicz began about six months ago, Filenko said. Though the initial focus of the audit did not land on Gliniewicz, he allegedly felt pressured by new village management and, in texts to “more than one person,” described the stresses of being discovered and “feeling as if everything is coming to a close.”