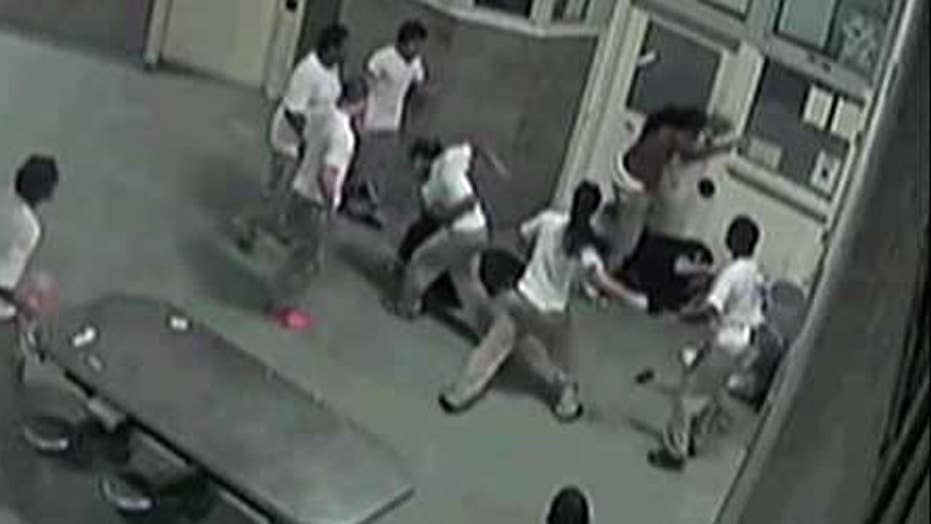 At approximately 8:30 p.m. on Wednesday, three detainees repeatedly punched two correctional deputies in a housing tier in Division 9, the super maximum facility. The deputies were taken to area hospitals for treatment. One deputy had a fractured orbital and the other lost consciousness and was kept at the hospital overnight for observation.

CASHIER CALMLY HANDS OVER MONEY WITH GUN TO HIS HEAD

Two of the detainees under investigation for Wednesday’s attack – 19-year-old David Bush and 20y-year-old Taiwan McNeal – are being held on charges of attempted murder for allegedly shooting an off-duty Oak Park Police officer in 2015. The third detainee, Terrence Lynom, 20, has been in Cook County Jail since 2014, on attempted murder for allegedly shooting a 6-year old-girl while she rode her bike in the Roseland neighborhood.

Each of the three detainees has had more than 20 court continuances on their original cases. Lynomhas had 36 continuances.

All three have had multiple disciplinary incidents issued since they have been in custody.