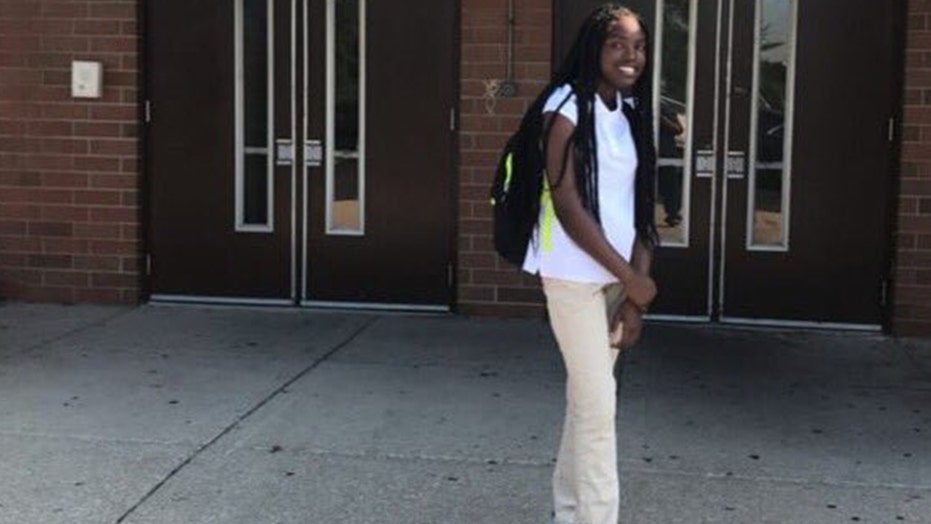 An Illinois girl who was struck in the head by a stray bullet on Monday night while she was inside her home died on her 12th birthday, according to local reports.

ILLINOIS GIRL, 11, CRITICAL AFTER BEING SHOT IN HEAD THE DAY BEFORE HER BIRTHDAY, REPORTS SAY

Blackful was shot around 9 p.m. Monday, the night before her 12th birthday, inside her home in Harvey, which is about half an hour from Chicago, police said.

Kentavia Blackful, who was hit in the head by a stray bullet on Monday night while she was inside her home, died on her 12th birthday, according to local reports. (Fox 32/Blackful family)

The girl’s grandfather was outside on the porch when the gunman fired, sending bullets through the front window and aluminum siding, the television station reported.

The rest of Blackful’s family was in the living room watching the Chicago Bears game and putting finishing touches on her birthday party when the shots were fired, WGN-TV reported, adding that Blackful was sitting at her computer when a bullet struck her head.

Her family said Blackful was choosing T-shirt designs for her birthday party when tragedy struck. Paramedics rushed her to a nearby hospital in critical condition, according to reports.

The sixth-grader reportedly is an honor student and basketball player at Gwendolyn Brooks Middle School. She had planned to spend her birthday playing basketball and having a skating party, WLS-TV reported.

Police were still looking for the people responsible. A $3,500 reward was being offered for information in the case, according to local reports.