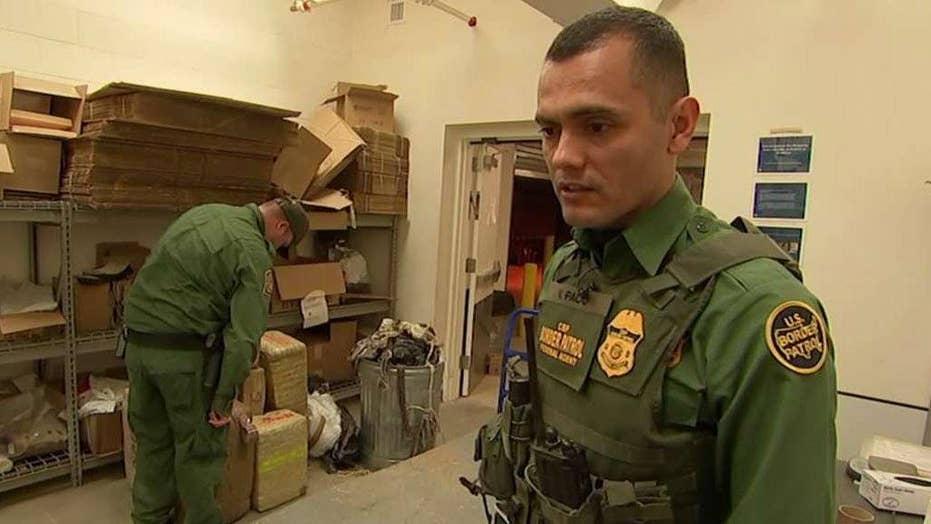 Geraldo Rivera gives his take on the border crisis

An illegal immigrant tied up a Texas woman, forced her into her car and tried to drive off with her on Wednesday, but the woman was able to escape and eventually helped lead authorities to her suspected attacker, officials said.

The man was not identified, and it was unknown how long he had been in the U.S. or what country he comes from. A media relations person was not available on Sunday to respond to questions from Fox News.

The man was charged with burglary of a habitation with intent to commit a felony and aggravated kidnapping. He also faces immigration proceedings, and is being held at Dimmit County Jail, a Friday statement from U.S. Customs and Border Protection said.

The woman told authorities she had been supplying food and water to the man, who was staying somewhere behind her house, for three days before he allegedly tried to kidnap her. She escaped as the man tried to start her car, officials said.

After an emergency call from an onlooker, agents found the woman walking along a road with her hands still bound. She told officials about the harrowing incident and CBP agents and Dimmit County Sheriff’s deputies immediately began searching for the suspect.

The man was found unresponsive “lying in the brush” – though medical technicians later determined he was “faking his condition,” the statement said.

“The skill sets of the men and women of the United States Border Patrol are simply incredible,” Acting Chief Patrol Agent Matthew J. Hudak said in the statement. “Tracking and arresting this subject resulted in the detention of an undocumented alien with a propensity for violence.”