Moscow, Idaho resident Sean Richarz joined "Fox News Live' to discuss the impact that the recent University of Idaho murders have had on the community.

Moscow, Idaho, police held a press conference on Sunday afternoon, one week after four University of Idaho students were discovered fatally stabbed in a house near campus.

Moscow Police Department Chief James Fry provided updates on the murder investigation, saying that a suspect has not been identified and a weapon has not been found. It was the second press conference held by the police department, ​​KREM 2 reported.

Mystery surrounds the murders of Kaylee Goncalves, 21, Xana Kernodle, 20, Madison Mogen, 21, and Kernodle’s boyfriend Ethan Chapin, 20. The three young women were roommates in a house near campus, while Chapin was visiting his girlfriend at the home when they were tragically killed.

Each person died due to stab wounds, some of which were defensive, Fry said.

Though no suspect has been named, a handful of people have been ruled out for potentially committing the murders.

Two other roommates were home at the time of the killings, but police have ruled them out as suspects.

PARENTS OF IDAHO UNIVERSITY MURDER VICTIM REVEAL WHY INVESTIGATION IS TAKING SO MUCH TIME: 'MADE A MESS'

Goncalves and Mogen were seen at a food truck early Sunday morning and were taken home by a "private party," according to police. Authorities said they "do not believe he is involved in this crime."

A man who was seen in video footage near the food truck was also ruled out as a suspect. 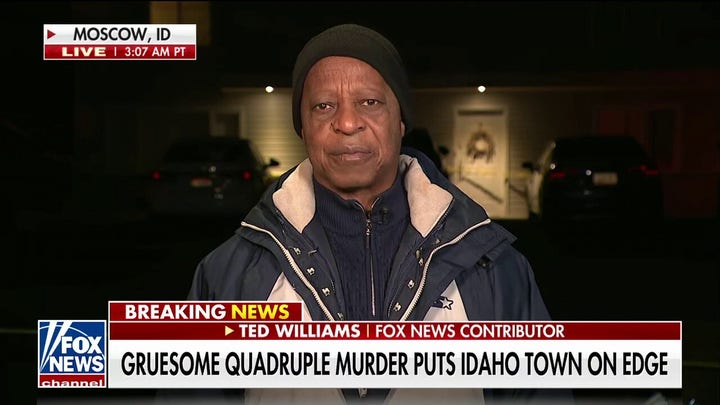 The Moscow Police Department is leading the investigation, with assistance from the FBI, state police, and other local police departments.

A memorial for the students killed in Idaho. (Derek Shook for Fox News Digital)