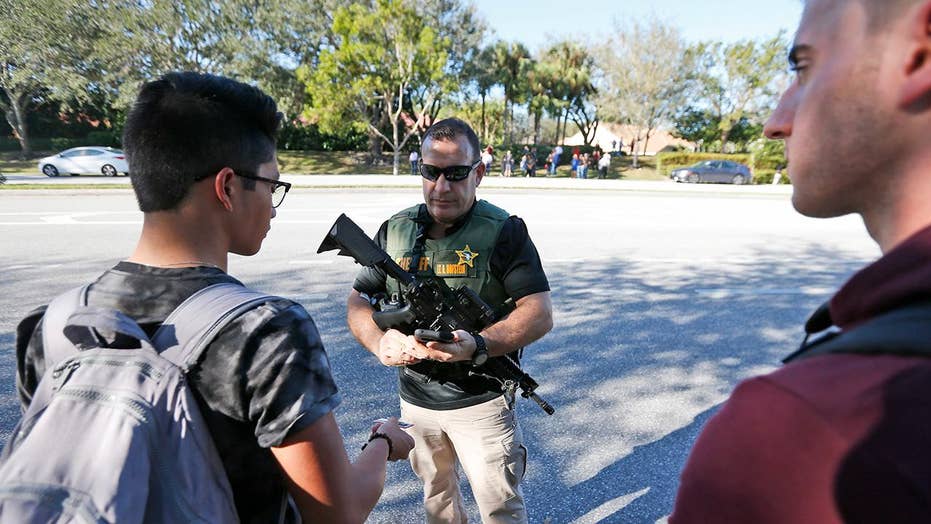 One student saw "dead bodies everywhere." Another student saw "a big pile of blood, kind of smeared as if they were dragged away."

Noah Parness, a 17-year-old junior, told The Associated Press the fire alarm went off for the second time of the day about 2:30 p.m. He said he and the other students calmly went outside to their fire drill areas when he suddenly heard several pops.

"Everyone was kind of just standing there calm, and then we saw a bunch of teachers running down the stairway, and then everybody shifted and broke into a sprint," Parness said. "I hopped a fence."

Another male student told WSVN that having two fire drills in one day was "weird." 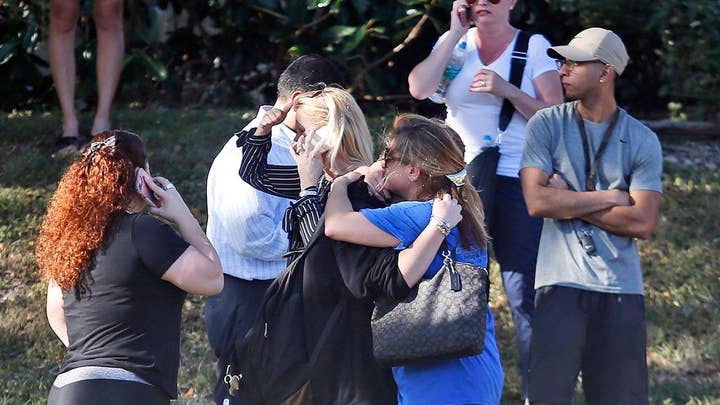 "So we all just go out to the field like we’re supposed to, and then I hear gunshots," he told the station. "And you could tell [they were gunshots]."

One student described the shooter, identified by the AP as Nicholas Cruz, as a "troubled kid" who had "always had a certain amount of issues going on."

He shot guns because he felt it gave him … an exhilarating feeling," he told WSVN. "I steered clear of him most of the time … I didn’t want to cause any conflict with him because of the impression he gave off."

Students and teachers were forced to take cover in their classroom for hours after the shots rang out. A female student described what she saw as police escorted her out.

"The police came through the hallway to get us and in the hallway, I saw a big pile of blood, like, kind of smeared as if they were dragged away, and I saw two girls probably dead in the hallway," she told Fox News. "And then, coming down the stairs, there was some more blood and outside the building there was another guy – I think it was a teacher – who was, [I’m] pretty sure was dead." 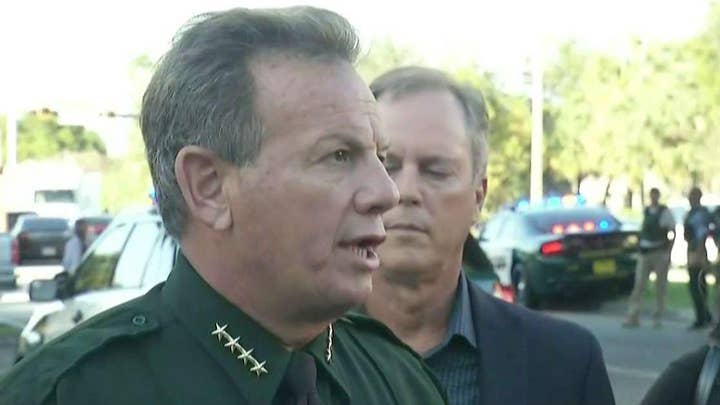 Another female student said the shots were fired "right outside my [classroom] door."

"My teacher didn’t even let us out even when the fire alarm did go off, which was lucky because then we could have really gotten hurt," she said. "There was just a lot of blood everywhere, and there was bodies just everywhere … I think there was four of them.

"I remember my friend crying behind me and I kept trying to tell her, 'It’s going to be OK, we’re going to get out.' Luckily, we did get out, but it was kind of scary and I didn’t want to look at anything."