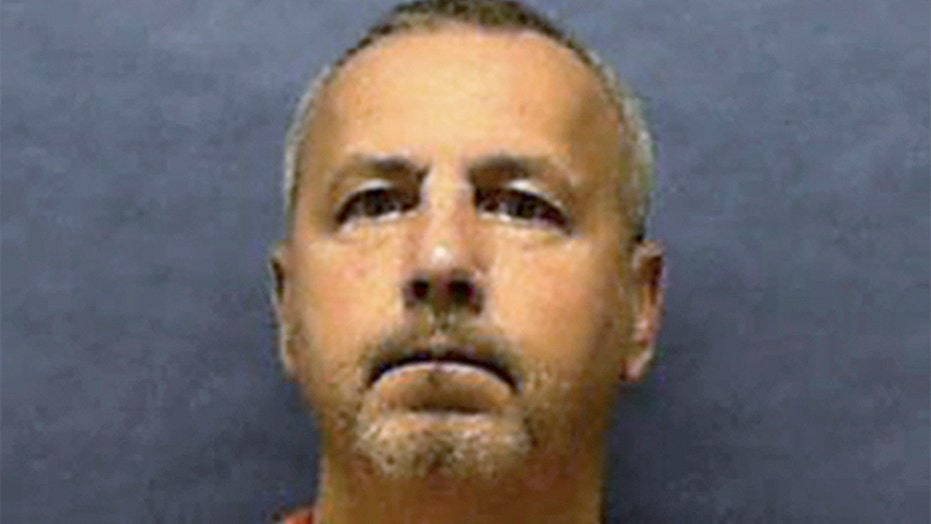 A mass murderer known as the “I-95 killer,” who spent the majority of 1994 targeting gay men -- including a Navy World War II veteran -- along the busy travel corridor, was set to be executed in Florida on Thursday, but at the last minute, his attorneys appealed to have it postponed.

Gary Ray Bowles, 57, was set to die by lethal injection at 6 p.m. at Florida State Prison in Stark. By 3 p.m., he had already had his last meal of three cheeseburgers, french fries and bacon, prison officials told WJXT.

But in a last-ditch attempt to save his life, attorneys filed an appeal claiming that their client was not mentally fit to receive the death penalty, leaving it up to the U.S. Supreme Court to decide.

Bowles began his deadly rampage in March 1994 and the bloodshed didn't end until eight months later with the murder of his sixth victim, Walter Hinton, in Jacksonville Beach.

“They just need to do what they need to do,” he added. “Maybe the world will be a better place, I don’t know. It won’t be any worse, right?”

Gary Ray Bowles is scheduled to be executed by lethal injection at Florida State Prison on Thursday. (AP/Florida Department of Corrections)

Bowles received the death sentence after he was convicted in the slaying of Hinton, a 42-year-old who was strangled and had his head smashed with a concrete block, the Daytona Beach News-Journal reported, citing court testimony.

There were also victims in cities such as Rockville, Md., Daytona Beach, Fla., and Atlanta. In each case, Bowles had a signature: He stuffed the victims’ throats with objects, including rags, toilet paper, dirt, leaves — even a sex toy. Prior to his capture, he was given the moniker of the “I-95 killer.”

Milton Bradley, a Navy World War II veteran, was living in Savannah when he met the serial killer in May 1994. Bradley was recognized around the Georgia coastal city as a kind, gentle man -- so the community was in shock when Bradley's bludgeoned body was found at a golf course, with leaves and dirt stuffed down his throat.

A former Savannah police detective who'd been assigned to investigate the killing told The Associated Press that Bradley and Bowles met at a now-closed gay bar in Savannah’s historic district. Bradley made regular stops at restaurants in the area and was known for his generosity.

“People would approach him, they would need money, and he would just lend it to them never expecting it to be paid back,” Mark Bradley said. His uncle also helped people who lived thousands of miles away, “adopting” a family from Sri Lanka to whom he sent money “religiously,” receiving photos and letters in return, Bradley said.

Bowles maintains he's heterosexual but has acknowledged letting gay men perform sex acts on him for money. Prosecutors said it was how the self-described hustler survived: often using his targets for money or a place to stay, but eventually snapping and killing them.

Police were on Bowles' trail after his first killing in 1994 in Daytona Beach. Bowles left investigators a slew of evidence, including a probation document left at the scene and ATM footage showing him trying to withdraw money from John Hardy Roberts’ bank account.

Bowles was raised in West Virginia, where he experienced drugs and violence at a young age. His father was a coal miner who died of black lung disease before he was born. His mother remarried multiple times, and his first two stepfathers were abusive, according to court records.

His mother and brother have testified that Bowles began drinking, smoking marijuana and huffing glue when he was 11. When he was 13, he fought back against his second stepfather, smashing a rock into his head and nearly killing him, The Associated Press reported, citing court records.

He also had a history of violence against women.

Bowles was convicted of beating and raping his girlfriend while living in Tampa in 1982 and sentenced to eight years in prison. The victim reportedly sustained severe injuries.

Investigators say that if he hadn’t been caught, Bowles would have kept killing.

“He probably enjoyed it after awhile,” said Thomas Youngman, a Daytona Beach detective assigned to the Roberts slaying. “Why do you kill people after the first one? The first one could be a mistake, maybe. But then the second, alright, I’ll maybe give you that. But the third, fourth fifth and sixth? When do you stop?”