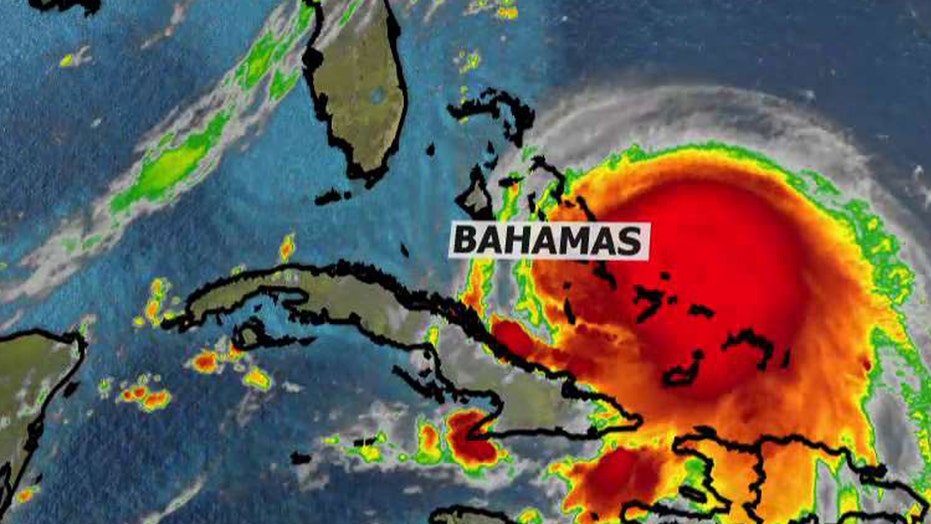 The governors of three states declared a state of emergency Thursday as powerful Hurricane Joaquin strengthened to a Category 4 storm and headed toward the U.S. East Coast.

North Carolina Gov. Pat McCrory said that towns on the Outer Banks are facing special risks from the approaching storm because rain there has been coming nearly nonstop for a week followed by a weekend nor'easter that's chewed up protective sand dunes.

McCrory said up to 10 inches of rain could fall in parts of the state's western mountains and foothills, and that water pouring downhill could cause damage to communities there.

Maryland Gov. Larry Hogan said Thursday he has declared a state of emergency to allow emergency responders to begin to prepare for flooding from heavy rains and damage from a hurricane.

The storm with maximum sustained winds of 130 mph bore down Thursday on the lightly populated islands of the central and eastern Bahamas.

Some minor flooding and storm surge were reported, but there were no immediate reports of casualties or significant damage as the storm reached the island chain, said Capt. Stephen Russell, the director of the Bahamas National Emergency Management Agency.

Islands such as San Salvador, Cat Island and Rum Cay were expected to be hit hardest before the storm begins an expected shift toward the north, forecasters said.

"Everyone is just trying to get their stuff battened down," said Frances Missick, chief councilor of Rum Cay, which has a population of about 100 and 40 homes.

Missick and other people on the small island gathered in a shelter set up at the St. Christopher Anglican Church. As of Thursday, there was only some minor flooding and power and water were still running.

Flooding was reported across parts of Long Island, but no one had been injured, said Parliament member Loretta Butler Turner.

"We will have to wait for the winds to die down before we can go out and really assess the damage," she said.

Joaquin was previously a Category 3 storm with maximum sustained winds of 125 mph and hurricane strength winds extending 45 miles from the eye, the U.S. National Hurricane Center in Miami said.

As of 5 p.m. EDT, the storm was located about 15 miles northwest of Crooked Island after passing over Samana Cays, Bahamas. It was moving southwest at 6 mph.

The storm was predicted to turn to the north and northwest toward the United States on Friday, but forecasters were still gathering data to determine how it might affect the U.S. East Coast, which was already suffering flooding and heavy rains from separate storms.

The Federal Emergency Management Agency was increasing its staffing in advance of the storm, the White House announced Thursday.

"There's still a distinct possibility that his could make landfall somewhere in the U.S.," said Dennis Feltgen, a meteorologist and hurricane center spokesman.

In the New York City area, the Port Authority of New York and New Jersey said Thursday the agency is making preparations in advance of Joaquin’s arrival, activating its Emergency Operations Center and positioning nearly 4 miles of flood barriers to protect transportation facilities.

As the storm approaches, the Port Authority is strongly advising airline passengers to check with their carriers on the status of their flight.

On Eleuthera, a narrow strip to the north of Cat Island, people removed stray coconuts and other debris from their yards and put up storm shutters in blustery winds, said Chris Gosling, who runs a volunteer ambulance service on the island. Islanders have learned from past storms not to take chances.

"People don't panic too much. There's nothing you can do about it. If it comes, it comes, and you do what you can," said Gosling, who has lived on Eleuthera for 27 years. "If the forecast is right we will get some wind and rain and it will go back out to sea."

The Hurricane Center said parts of the Bahamas could see storm surge raising sea levels 5 to 10 feet above normal, with 10 to 15 inches of rain falling on the central Bahamas.

The U.S. National Hurricane Center's long-term forecast showed the storm could near the U.S. East Coast along North Carolina and Virginia on Sunday or Monday.

"Residents of the Carolinas north should be paying attention and monitoring the storm. There's no question," said Eric Blake, a hurricane specialist with the center. "If your hurricane plans got a little dusty because of the light hurricane season, now is a good time to update them."