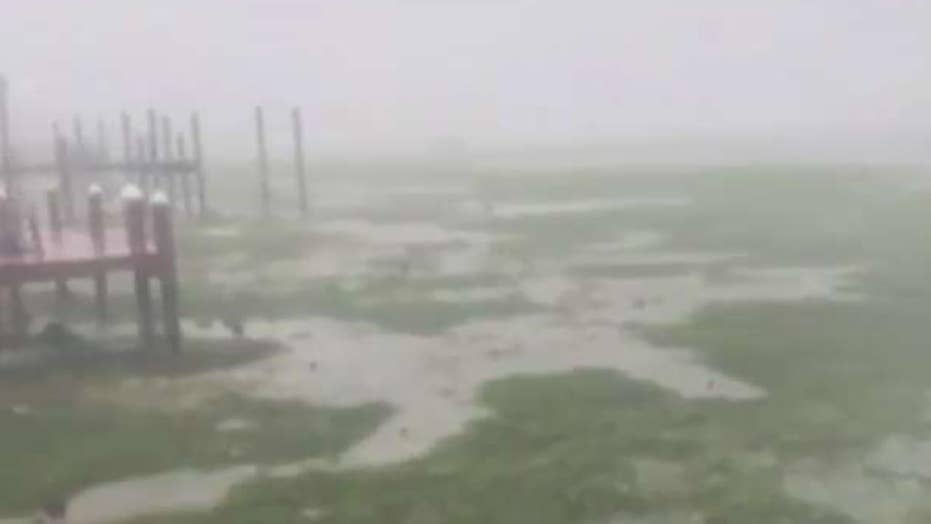 As Hurricane Irma roars through Florida, a video posted to social media showed the storm tearing a roof off a Miami building.

The 11-second video captured the roof peeling off the building. Debris could be seen littered on nearby buildings.

The City of Miami confirmed in a tweet Sunday afternoon that the roof was torn off a two-story apartment building in Miami.

“Using satellite before pictures [the Miami Fire-Rescue Department] was able to confirm a roof peeled off a two story [apartment building],” the city wrote in the tweet.

Powerful winds and other dangerous conditions in the area have prevented emergency officials from sending out crews to the building yet, the Miami Herald reported Sunday.

The powerful storm also knocked down at least two cranes in downtown Miami on Sunday.

HURRICANE IRMA’S PATH: WHAT YOU SHOULD KNOW

At least 28 people have died so far in the hurricane after it ravaged the Caribbean last week.